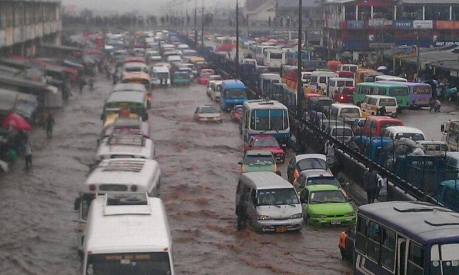 5 people lost their lives in flood in southern Ghana city of Cape Coast, about 144 kilometres west of the capital, local media reports said on Monday.

While one of the victims was electrocuted after electricity poles fell into the flood waters, another was said to have been carried away by the raging flood following five days of torrential rains.

Three others, the report said, died when a building caved in on them as a result of the continued rains in the city, one of Ghana’s tourism hubs.

The report said that the bodies had been deposited at the Cape Coast Teaching Hospital mortuary.

The National Disaster Management Organization (NADMO) has deployed officials since Friday to try and assist the residents during the continued rains.