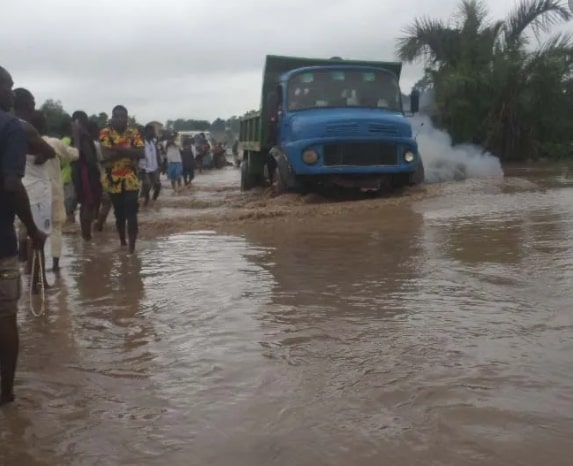 The government of Ogun State, Southwestern Nigeria has alerted residents to expect massive flooding from July of 2022 to December.

The alarm was raised following a forecast by the Nigerian Meteorological Agency and the Nigeria Hydrological Service Agency on the 2 seasons of rainfall between April and December 2022.

Ogun State Governor Special Adviser on Environment Ola Oresanya revealed this during a news briefing in Abeokuta on the 20th of April 2022.

Here is what he said during the press briefing:

“In Ogun State, the peak of our rain will come July, and the perspiration for July will be about 300mm, that is the rainfall, and the annual aggregate projection for Ogun State is about 2,240mm.

“But July is when you have about 300mm, and in September it will be 30 days of rain but, for July, it will be 26 days of rain in July with about 310mm but, in August, we will have more days but less volume, because most of the soil would have been saturated. Water won’t be able to circulate, there will be retention of water and the rivers will overflow, that’s why we will have flooding, not because the rain will be as heavy as July but because the flow of regression will be slow because of over perspiration.”

“We are working with the physical planning to create an IDP camp for those people.”

“We have organisations that are volunteering for us, we have hostels, we have churches and mosques, and they are going to work with us in locating public buildings that are not used that can be converted for that.”

Poland Releases 13 Detained Nigerians, Keeps 6 Others In Detention Camps
Yoruba And Igbo Clash In Akwa Ibom Was Caused By Fight Over A Woman