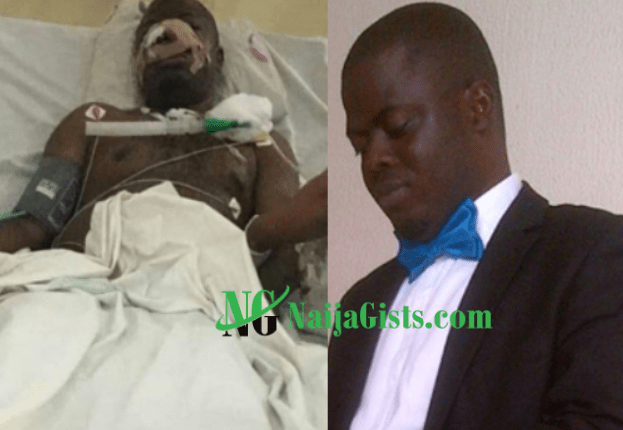 A doctor in Imo state, Cherechi Okonko, is currently clinging to life at the emergency unit of the Federal Medical Center, Owerri, Imo State, over the injuries inflicted on him by his wife.

His attacked who happened to be his wife, a nurse, allegedly removed his upper teeth, the tip of his tongue and a part of his lower gum.

The couple were living in the World Bank area Owerri before the attack.

The victim, a gynaecologist with FMC, Owerri, was rushed to hospital where doctors battled to save his life.

He was said to be in a coma and later regained consciousness. 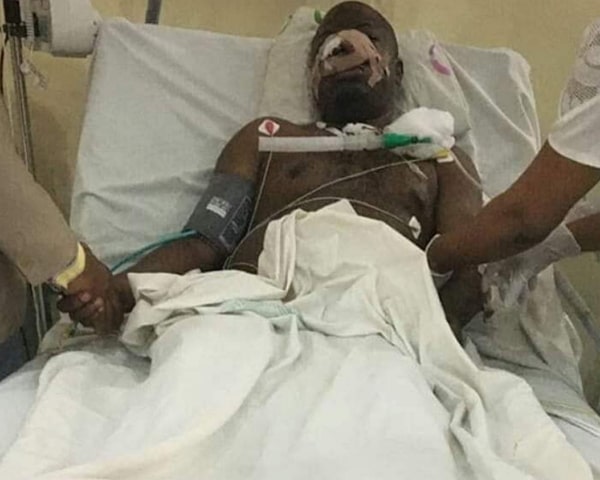 The victim in hospital

A worker at the FMC, Owerri, who does not want his name in print said, “An FMC Owerri doctor was assaulted by his wife last night after a quarrel.

“The woman cut off his nose, upper teeth, the tip of his tongue and part of his lower gums. She then called the guy’s mother to come and carry her son’s corpse.

“Luckily for the doctor, he was rushed to the hospital last night and he was stabilised. Although he is conscious, he cannot talk since he’s on tracheotomy.”

The Public Relations Officer in the state, Orlando Ikeokwu, told our correspondent that the matter had not been reported to the police.”