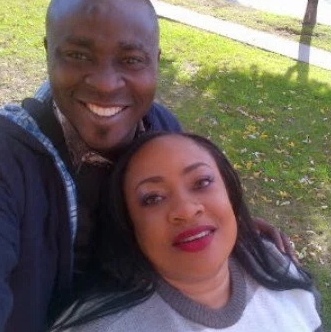 Controversial Nollywood actress Foluke Daramola has fired back at critics who exposed her husband’s alleged infidelity on the social media few days ago.

Kayode Salako, who Foluke snatched from his wife few years back was allegedly caught having a dinner date with a Canada-based female friend somewhere in Lagos.

On sighting the duo, a friend of the actress allegedly sent a text message to her.

To cut the long story short, the actress said she’s not worried if her husband was seeing another woman because she knows how to handle him.

The actress went as far as calling Nigerian sadists for trying to crash her marriage.

This is what the actress told Tribune few days ago: 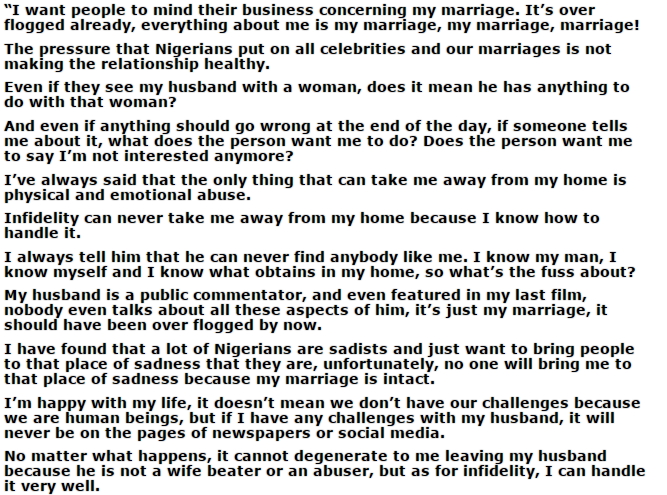 She has forgotten that she snatched the man from his wife, now it is paining her that someone is about to break her home.

For the records, Foluke allegedly snatched Kayode Salako from his wife of many years. His three boys are virtually fatherless while their father is still alive. 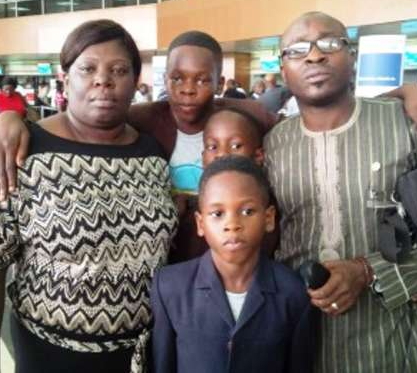 Pictured above is Kayode Salako with ex-wife, RCCG Pastor Bukola Salako and their 3 children

What goes around must surely come back. It is the law of Karma #jujuwood actresses we hail una

Will bring you more details about the new lady in Kayode Salako’s life shortly.