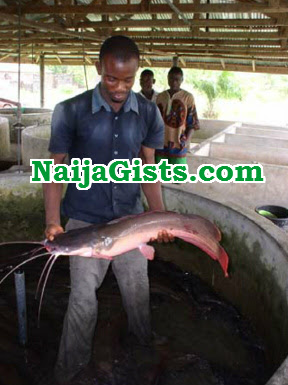 A Gudu Upper Area Court in the Federal Capital Territory on Monday sentenced two men to six weeks each in prison for stealing fish from a pond.

The convicts, Samuel Mamman, 22 and Jaffaru Bashir, 23, both of Berger Yard junction, Games Village, Abuja, pleaded guilty to the charges of criminal conspiracy and theft.

The offences contravened sections 97 and 287 of the Penal Code.
Presiding Officer of the court, Alhaji Umar Kagarko, who sentenced the men after they both pleaded guilty and begged for leniency, however, gave them a fine option of N4, 000 each.

Kagarko also advised the convicts to desist from engaging in criminal activities and engage in honest paid job.

He said that the parties could appeal to the High Court within 30 days if they were dissatisfied with the verdict.

Earlier, the Prosecutor, Rebecca Odunjide, had told the court that Patrick Okoh of plot 112 AMAC Layout, Lugbe, reported the matter at the Wuye Police Station on March 27.

Odunjide said that the convicts were caught using a fishing net to steal fish from the pond.