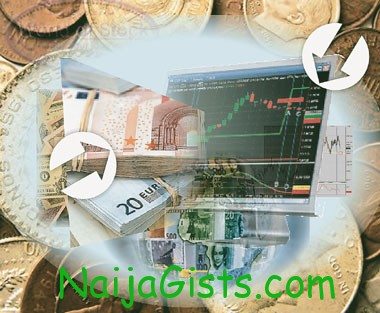 Specifically, Bashir was alleged to have conspired with three other persons to conceal the genuine origin and ownership of the sum of N300 million allegedly part of funds illegally transferred from an account in one of the new generation banks.

Investigations showed that Bashir was a third-party suspect in a fraudulent transaction involving some officials and customers of the bank.

On 3 March, 2007, an attempt was made at a branch of the new generation bank to defraud the bank of the sum of N409.7 million through the use of three Managers Cheques drawn in favour of Federal High Court; UBA Global Market and UBA/ Transcorp respectively.  The cheques were liquidated into three customers’ accounts: Ezeco Engineering, Wale Omotosho and Abdullahi Brothers Nigeria Limited.

Some of the funds were later transferred into other accounts, including Bashir’s account with the Allen Avenue, Lagos branch of the bank.

A total sum of N300 million was transferred into Bashir’s account.

The alleged fraud was perpetrated using the password of two staff of the bank.

Bashir in his statement claimed that the N300m paid into his account from Ezeco Engineering Limited, allegedly by Mr. Yusuf and Masauda, was to enable him sell US Dollars to the customer.

However, in arguing the three-count charge brought against him by the EFCC pursuant to Section 17(a) and 14(1) (b) of the Money Laundering (Prohibition) Act 2004 and punishable under Section 14 (1) of the same Act, the anti-graft agency called three witnesses and tendered some exhibits.

At the close of the prosecution’s case, the accused persons brought a no- case submission which the EFCC responded to.

However, Justice Shuaibu, in his ruling discharged Nuhu, the first accused person, but ordered Bashir to open his defence.

On 16 May, 2012 Justice Shuaibu finally delivered his judgment, and convicted the accused as charged.

Apart from the one year jail term which takes effect from 16 May, 2012, Bashir is to forfeit the sum of N300 million to the Federal Government.

In a related development, another suspected fraudster, Churchill Joshua Essien, has been sentenced to four years imprisonment by Justice Shuaibu.

Essien was arraigned on a six-count charge of being in possession of document containing false pretence and which bordered on advance fee fraud.

The case went through full trial and Justice Shuaibu found him guilty as charged and sentenced him to four years imprisonment on each count.

The jail term is however to run concurrently.

Justice P.I. Enejere jailed Ifeanyi having found him guilty of a three-count charge of impersonation, conspiracy and obtaining by false pretences.

Also, the EFCC has secured the conviction of a former Deputy Director in the Ministry of Agriculture, Sokoto state, Mr Danlami Mohammed at a Sokoto State High Court presided over by Justice Duwale.

The court found him guilty of obtaining the sum of N6.5 million  from  Mr John Adam under false pretence that he had a tractor to sell to the complainant.

He pleaded guilty to the charge and was sentenced to one year imprisonment.

He is still being tried on another three-count charge bordering on abuse of office in the same court.