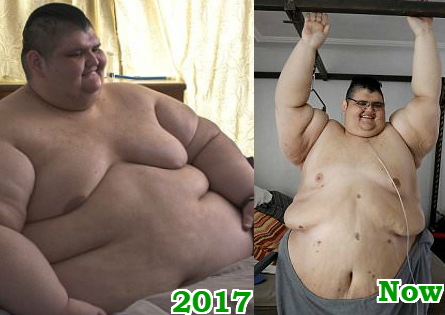 The obese Mexican who was named the heaviest person alive by the Guinness World Records last year with a staggering weight of 1302lbs has lost the title for good.

The 33 year old who had 2 gastric band surgeries last year was also placed on a strict exercise and diet regime that helped him lose 551 pounds.

This is what determination can do to a man.