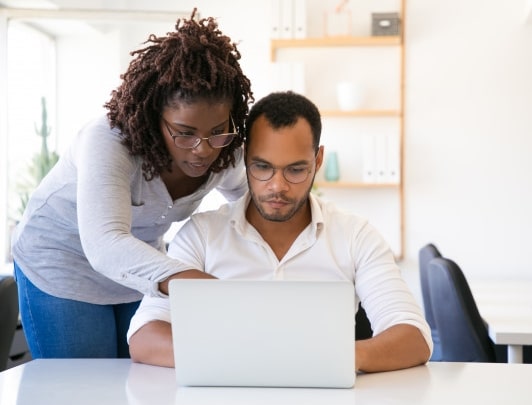 Hear this: Before you look for jobs, look for mentoring. When you run after money more than you run after mentoring, you will be poor! The problem of jobless graduates is not joblessness, it is lack of mentoring. Our greatest problem is not money but mentoring. We should stop looking for money and look for mentorship. Unknown to many degree holders, your earning increases with your learning and exposure. A year spent with a mentor is worth far more than a graduate degree followed by post graduate study! That mentor can reduce your learning curve by ten years for every year spent working and learning in his shadow. The earlier a person recognizes this concept, the more advanced his career and skillsets will be. 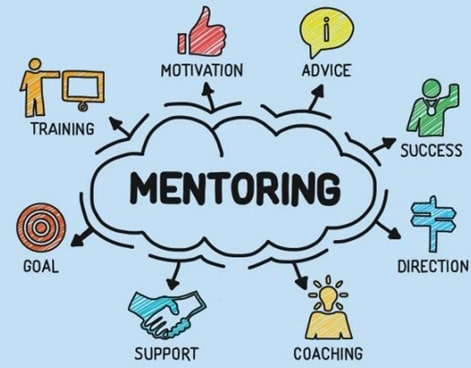 Many youths are out there walking aimlessly without a guide. Having a mentor in your life is like having navigation in your car, it will give you both direction and speed. You are just a scalar quantity until you get a mentor. Some people are moving very fast but going nowhere in life! The truth of life is that: If you want to go further, get a father! When youths don’t have models and mentors to look up to, they tend to go in different destructive directions. The biggest challenge of youths in the 21st century is not money but the dearth of mentoring. Mentoring and not money is the greatest tool that can help youths find meaning. It is in the place of finding meaning and purpose that youths really discover themselves. I have often mentioned this in my interactions with youths during many youth empowerment programmes that youth empowerment is not sustainable without mentoring.

Isaac Newton once said, “If I have seen farther than others, it is because I was standing on the shoulders of giants.” Behind every successful person, there’s a mentor who helped them along the way. Some of the most influential people in history were encouraged to succeed by some of the most well-known people of their time. Socrates mentored Plato; Plato mentored Aristotle, and Aristotle mentored Alexander the great. Alexander the great actually broke the loop because when he was supposed to be mentoring youths and building people, he was busy building empires! He died without investing into others, and his legacies also died with him. Thomas Edison mentored Henry Ford; Henry Ford was an engineer working at one of Edison’s subsidiary companies.  Steve Jobs was mentored by William Hewlett, one of the Co-founders of Hp company. Oprah Winfrey was mentored by celebrated author and poet, the late Maya Angelou. Former Apple Inc. CEO the late Steve Jobs served as a mentor to Facebook CEO Mark Zuckerberg.

Choosing a mentor is the most critical step to success in life, be it in business, career, relationship and politics. A mentor challenges and stimulates you to be the best at all times. A real mentor helps in discovering and nurturing the gift and potentials in others. Mentoring is the most monitored, measurable and sustainable way of ensuring youth empowerment. The Oxford Advanced Learner’s dictionary defined a mentor as “an experienced person who advises and helps somebody with less experience over a period of time.”

Benjamin Disraeli, the former Prime Minister of the United Kingdom once said, “The greatest good you can do for another is not just share your riches, but to reveal to him his own.” Mentoring is the new goldmine for youths. A mentor may not have all the riches to share with the student, but they in no doubt reveal to students the direction to navigate in order to find their own riches and treasures. The story of Michael Faraday and how he rose from being a janitor to a giant in the field of electrochemistry also justifies the fact that mentors are truly miracle workers. Faraday was a janitor in the laboratory of the Royal Institution in Great Britain under Sir Humphrey Davy. Humphrey saw in Faraday an ‘image’ that goes beyond an ordinary janitor. Sir Humphrey trained the man who later taught the world how to convert chemical energy into power and light. When Humphrey was asked what his greatest discovery was and despite having several inventions and patents to his credit, the great mentor said confidently, ‘’My greatest discovery is Michael Faraday.’’ In fact, history has it that the only school Faraday went to was a Sunday school! Imagine a man without formal education teaching the professors and scholars of his time how to generate electricity. Mentoring is the highest form of education!

Michael Faraday looked for mentoring instead of money and it unlocked what schooling couldn’t do. Imagine a young boy without formal education towering above the professors and doctors of his days in the field of electrochemistry just because he got mentored by the best man in the field!

Parents must cultivate the habit of investing into their children’s mentor because it is an investment that will last them through life. Epictetus once said, “Be careful to leave your sons well instructed rather than rich, for the hopes of the instructed are better than the wealth of the ignorant.” On the long run, it cost less to invest in mentors. The greatest gift you can ever give to your children is the gift of someone that will nourish and inspire them to live a life of impact and purpose. A bad teacher is worse than a bad doctor because teachers affect eternity. Bob Talbert said, ‘‘Good teachers are costly, but bad teachers cost more.’’

There are critical questions we need to ask ourselves: Who are you mentoring? What legacy are you leaving behind? In which way are you building people up to be the best version of themselves? How can you be a source of inspiration, motivation, encouragement and courage to others? Live your life in such a way that someone can look at you and say, “Because of you, I didn’t give up.”

The story of Michael Faraday and how he rose from being a janitor to a giant in the field of electrochemistry also justifies the fact that how we help others realize their full potential is a strong determinant of our own worth. John Quincy Adams, the 16th President of the United States once said, “If your actions inspire others to dream more, learn more, do more, and become more, you are a leader.” If all the entrepreneurs, business moguls, celebrities, politicians, artistes, philanthropists, technocrats, and professionals can reach out to mentor and build the youths in their circle of influence, then the world will change for the better. Successful people should go back to their communities to give back by investing in youths. I have often said it over times that if you are not a mentor, then you are a tormentor!

As a youth, reach out to someone that is already where you want to get to in life. Book an appointment with them; buy their books and listen to their messages. Someone already has the experience you desire, locate them and glean from their wealth of experience. Mike Murdock once said, “Pay any price to stay in the presence of extraordinary people.” Look out for career coaches and mentors who will guide you on the path to success. Success is elusive without a guide! My candid advice to youths is to get quality education then good exposure via internship and mentorship.

QUOTE OF THE WEEK: “Your Choice Between Mentoring and Money Will Determine Your Next Level”-Gbenga Adebambo

Continue Reading
You may also like...
Related Topics:education, Highest, mentoring

Your Life Gets Better By Meeting People’s Need, Not By Acquiring More Degrees!
The Other Forms Of Intelligence: A Motivational Article By Gbenga Adebambo