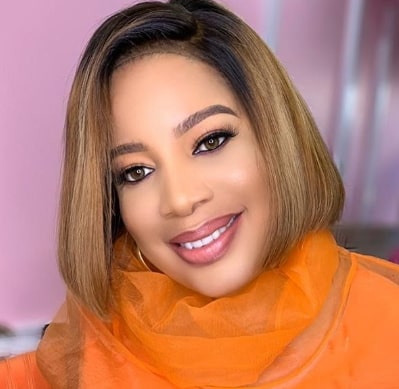 Nigerian actress today said that her television talk-show “You & I with Monalisa’’ had gained momentum due to its huge acceptance presently.

Chinda-Coker disclosed this during an interview with the News Agency of Nigeria (NAN) in Lagos.

She said that the television programme which has been running for four years now had remained sustainable for her as she was able to garner rich and beautiful content for viewers delight.

NAN reports that the talk-show addresses pressing and trending social issues in the most refreshing perspective.

“It’s been four years I started the show and it has been gaining more momentum and the acceptance is huge.

“The talk-show has been sustainable for me and I have been able to gather as much content as possible,’’ she said.

Chinda-Coker said her major challenges trying to run the show were initial acceptance from the public, funding and having to pay hugely for airtime.

She said these were discouraging for her initially but due to her determination and focus, she had been able to run it concurrently for four years.

“I had serious challenges with funding and acceptance which is normal, at a point it was discouraging for me but with a mindset and hope to succeed regardless of the situation around, I have achieved thus far,’’ she said.

Chinda said that she delved into being a television personality due to her quest to explore other fields with the observation that she was getting older and needed something sustainable.

She, however, urged intending actors to explore other fields as acting was not the only lucrative profession that could bring one to limelight.

According to her, actors and actresses could also embrace being a voice for the artists, a television presenter, a publisher and more.