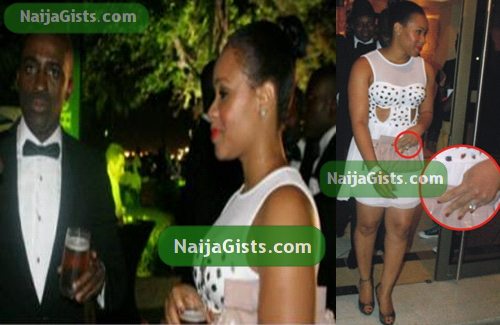 Mr Frank Edoho, the TV Presenter of Who Wants To Be A Millionaire show has remarried a new wife. naijagists.com

According to our sources, Frank Edoho married his new lover, Sandra Onyenaucheya at a secret wedding few weeks ago.

Frank Edoho divorced his wife and the mother of his three children, Katherine back in 2011. 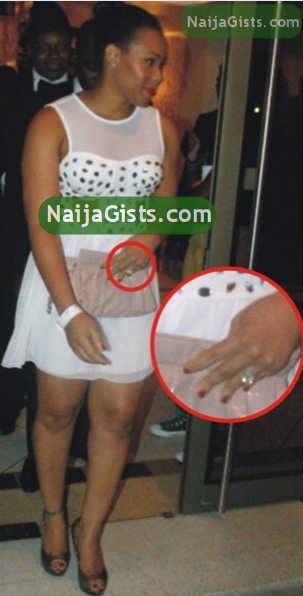 We learnt Frank introduced Sandra as his wife to friends and business partners at the Federal Palace Hotel in Victoria Island Lagos recently.

Sandra Onyenaucheya was spotted with a skimpy dress and a beautiful wedding ring.

The TV presenter has placed his 3 kids in custody of his ex-wife with a monthly child allowance payment of N250,000.

Frank Edoho has been running away from the public eyes until he was caught recently at the aforementioned hotel with his new wife, Sandra, a single mother of one who recently moves into his Victoria Garden City mansion in Lagos State Nigeria.