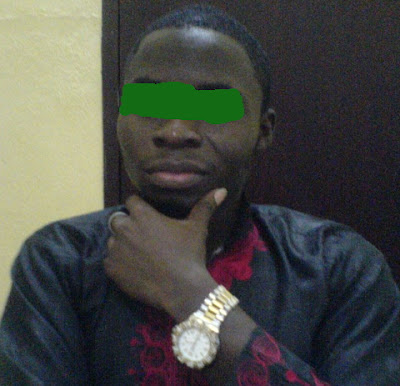 The officials of a Union Bank branch in Ogere area of Ogun State have caught a suspected fraudster while trying to withdraw money from a bank customer’s account.

According to police investigations, the suspect identified as 46-year-old Benjamin Brown Umanah from Etete LGA of Akwa Ibom State walked into the bank to collect money with an ATM card with the name Fidelis Damar using a forged ID card.

Kasala burst when one of the bankers asked him sensitive question on the customer’s account.

Due to his inability to answer the question, he was arrested and taken to the bank’s headquarter in Lagos from where he ended up in police net.

During interrogation, the suspect allegedly confessed to the crime, saying that his intention was to use the ATM card to withdraw money from the complainant’s account.

The suspect also allegedly told the police that he had been withdrawing money from bank customer’s account for the past three years in the same manner with the help of an insider without any problem.

Meanwhile, he is still cooling off at the Ikoyi prisons.