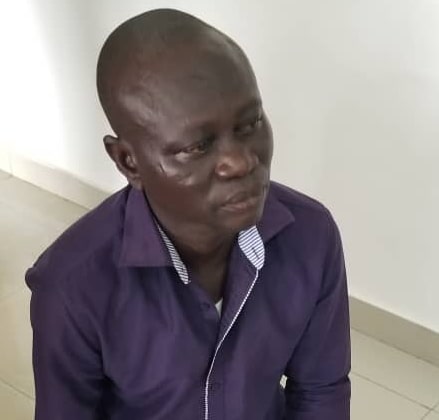 A fake herbalist identified as Tayo Ogunmola, has been arrested by the Ogun State Police Command for attempting to defraud the newly posted Police Commissioner (CP) to the state, Bashir Makama.

52-year-old Ogunmola who is cooling his heels at the Police’s cell, attempted to swindle Makama through phone calls, after he had sent recharge card to the Police Commissioner.

In a statement on Sunday by the Police Public Relations Officer, Abimbola Oyeyemi, the suspect was arrested when he called the Police Commissioner, and was passing himself off as an old herbalist who mistakenly sent a recharge card pin to the telephone number of the (CP), and pleaded for the pin to be sent back to him. 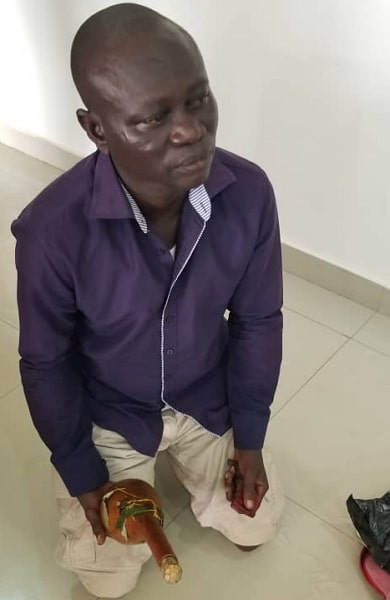 Oyeyemi, a Deputy Superintendent of Police (DSP), stated that the Police Commissioner who was familiar with the antics of the fraudsters, decided to play along with the suspect while he sent men of the Intelligence Response Team to technically track and apprehend him.

He added that the suspect who was unaware of his being trailed, later began to present himself to the CP as a Deputy Inspector General of Police, that is ready to assist him only if he could part with certain amount of money unknown that the person he had been discussing with, is a serving Commissioner of Police.

According to the Police Spokesperson in the state, the suspect was traced to his hideout at Araromi phase 2 in Ilogbo area of Ota, Ogun State, and was promptly arrested.

“On interrogation, he confessed been a fraudster who had defrauded many unsuspecting members of the public of money running into millions of naira out of which he built the house he is living in presently.

“The Commissioner of Police, Bashir Makama, has ordered the monitoring team to properly investigate the suspect with the view of arresting his other accomplices and arraign them before the court of competent jurisdiction,” Oyeyemi concluded.