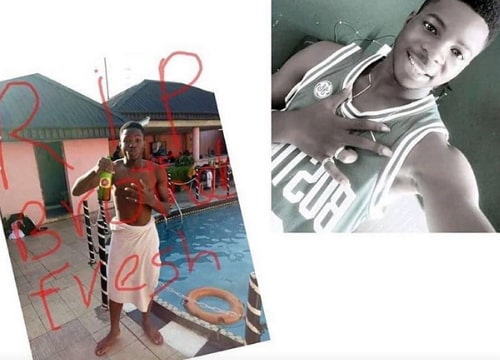 Another drowning incident has been reported in the wake of non-stop pool party being organized by undergraduates at various high institutions across the country.

The latest victim of pool party drowning is Kingsley Etim, a first year student of the University of Uyo who drowned last night.

Here is what an eyewitness who requested anonymity said about the tragedy that happened around 9pm on Saturday at De Vegas Paradise hotel in Uyo Akwa Ibom State.

“When my friends and I were about leaving the venue of the party to catch up with time before they locked our hostel, we heard someone had drowned in the pool. I was shocked because there was no sign of such and everyone had left the pool a long time before then”.

“No one noticed he was drowned . Maybe because it was already dark and there was loud music. When he was brought out, people tried to revive him but it was all in vain” she said.

Etim’s corpse has been deposited at an undisclosed mortuary in the city.