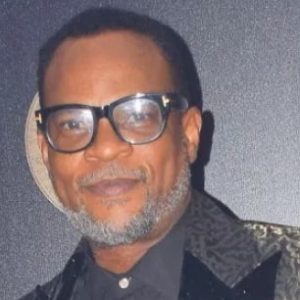 The president of the Directors Guild of Nigeria (DGN), Fred Amata today says acting is a profession that is as productive as Medicine or Law.

Amata told our reporter in Lagos that the stakeholders in the acting profession should be accorded same respect accorded to lawyers, engineers, medical doctors and other noble professions.

Reports have it that DGN are those who direct stage plays and home videos on locations.

He said that acting had advanced in scope and international acceptability as well as become more lucrative than ever before.

“With the growth of the industry today, and one film being able to rake in over half a billion naira a year, I believe the sky is a starting point.

“I know that this massive change will definitely make acting the next best thing,” he said.

The former actor said that theatricals or stagecraft was a job that a person could do from ones cradle till death.

“For instance, I can never play the role of a new born or play that of a teenage boy. At every single phase of life, you have a place and an opportunity to venture into the world of art.

“Once a person becomes an actor, he or she will always remain an actor, regardless of being in or out of the industry.

“However, it is not easy to reach stardom or remain in limelight, but it is also not impossible, as there are three things that make a person a star.

“These are how talented an individual is, the person’s structure, his or her readiness to learn the craft and getting as much education as possible as well as the grace of God,” he said.

The president explained that acting was not only about the looks, but intelligence and ability to grasp whatever script one was given.

“The X-factor here is God’s grace, opportunity and luck that keep one going in the game.

“Most times, it is the grace of God that one needs to take one to places beyond ones expectation.

“Learning is a continuous process; so striving to better ones’ self is very important in this profession.

“Most of the vocations we hear about today are man-made; and it is the value the society places on it that it gives back,” Amata said. [NAN]