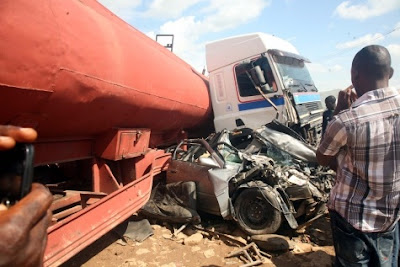 At least 10 people died in a tragic truck accident that happened in Zuba on Saturday.

According to eyewitnesses, the driver of a fuel tanker coming from Kaduna at night lost control after an apparent break failure at Zuba. 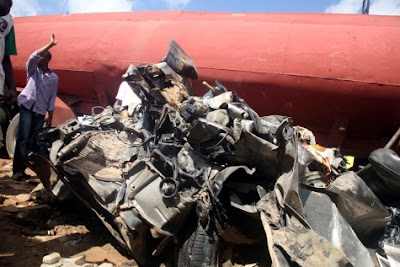 We learnt the truck crashed into a BRT bus and commercial motorcycles who were picking up passengers beside the road. 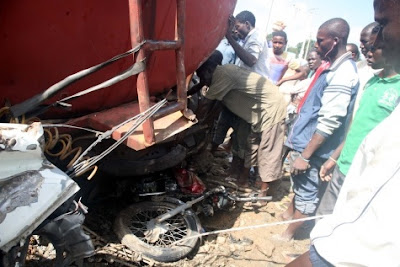 Many vehicles were involved; BRT bus popularly known as (El-Rufai), Toyota Sienna , 18-seater Passenger bus and a Toyota Carina. The tanker hit all the vehicles at the same time and many people died on the spot.

Who else is safe in this country without rules and regulations especially for fuel tankers.