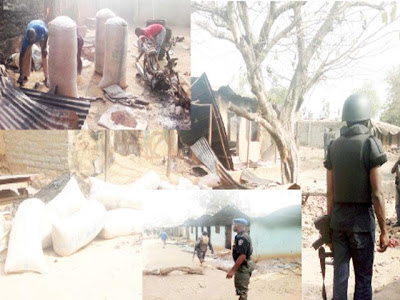 On Monday in a remote village in Kaduna, we learnt some Fulani Cattle rearers unleashed their terror again.

A source from Addu village in Kaura LGA of the state said the violent attack led to the death of 8 villagers.

Security officials who stormed the village shortly after the attack have evacuated the dead bodies of the victims.

The injured have been taken to a nearby hospital by Kaura local government officials.