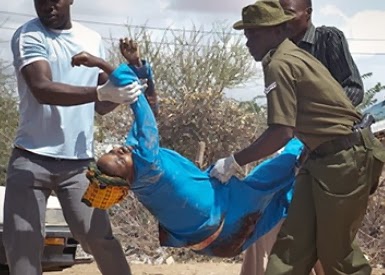 The ambush attack that happened at Barkin Ladi village in Plateau state early this morning killed 29 and injured 17.

According to the vigilante group looking over the area, a total of 29 dead bodies were seen on the ground immediately after the ambush attack.

Julis Bala, the head of Barkin Ladi’s vigilante group condemned Plateau’s Special task Force officials (codenamed Operation Safe Haven) for always arriving at scenes of the killings only after the gunmen have escaped.

“The Plateau State Command of the Nigeria Police claimed to have established a Joint Security Committee comprising community leaders, Police, SSS, STF and so on, for intelligence gathering towards stopping the attacks, but nothing has happened”, he lamented.

In 2014 alone over 163 have died in similar attacks on helpless villagers in Plateau state.

Top 10 Fastest & The Most Expensive Luxury Cars In The World 2014 (Photos)
“New CBN Governor’s Appointment Is Unlawful, Sanusi Must Be Investigated” – Femi Falana