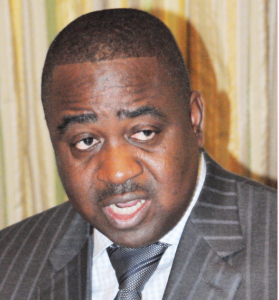 Governor Suswam was in the area baring witness to recent raids by Fulani herdsmen.

At Ukpam, the military accompanying his convoy refused to go further but the Governor insisted they continue.

At Umenger herdsmen where seen grazing in resident’s farms, as well as burning houses. On sighting the Governor’s convoy, they opened fire, with the security responding.

The shoot out lasted for some minutes but police said when it was obvious the herdsmen had superior fire power, the Governor and his convoy left.

The Governor was traveling with the House of Assembly Speaker, Barr. Terhile Ayua, and the Commissioner of Police, Adams Audu visiting villages recently raided by the Fulani.

The Governor visited the Ukpam village of Mbabaai in Guma Local Government before the shoot out where there were reports of yet another attack on the residents.

28 people allegedly died from an early morning raid; the Governor was visibly upset on being shown four corpses.

A Ukpam resident, Iorhen Mbaiorga, said the women and children left the village before the raid, leaving just the men.

“We would have confronted them but we were empty handed, while the people have very sophisticated guns…”

He added sobbing, “We are being attacked, our foodstuffs including yam barn and farms burned and destroyed without anyone coming to our aide. Some of our people were killed and taken away while some captured and taken alive.”