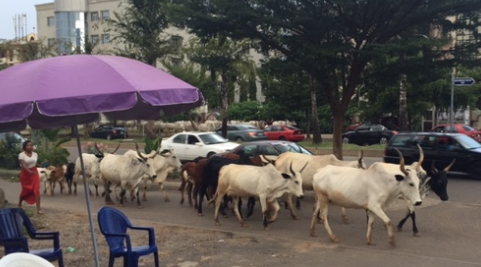 At last 7 people were injured this morning when 20 cows invaded the Omi Adio axis of the Ibadan Abeokuta expressway.

In the process, a car ran into one of the cows before losing control. 7 people inside the overloaded Toyota car sustained serious injuries.

According to a witness, a Fulani herder who directed the cattle to the highway ran into the bush to escape jungle justice.

Here is what the resident of Omi Adio village said this morning: 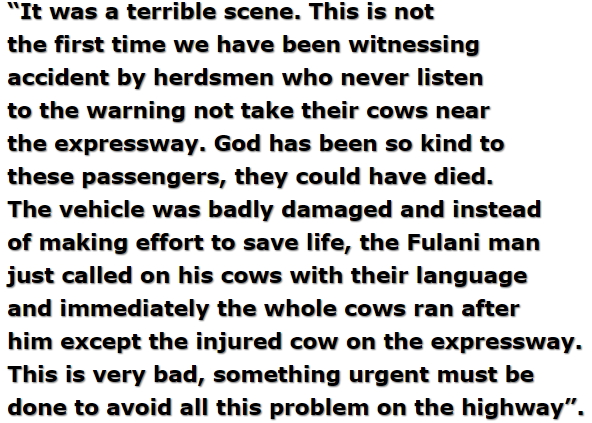 The source added that policemen from Omi Adio police station prevented a bloody clash between the residents of the area and Fulani herders who are mostly youths.