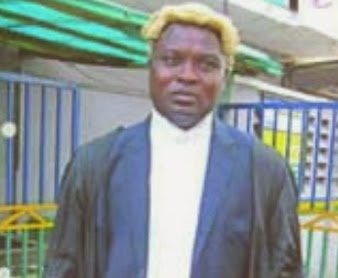 A lawyer, Idowu Adebayo Micheal and two others were today remanded in Kirikiri prison by an Ikeja high over their alleged involvement in N155million fraud.

Others remanded in prison on the order of the court are Mukaila Fakos and Rasaq Sefiu Adesina.

Justice Hakeem Oshodi ordered their remand following their ’not guilty plea’ to an eleven count charge preferred against them by the Police.

The defendants were said to have conspired sometimes in 2009, to “unlawfully effected sale of a property of No 2, Kayode Taiwo Street, Magodo, Lagos without permission or consent of the owner”.

The police alleged that Engineer Adesina and Fakos sold the landed property to Barrister Idowu Adebayo Micheal for N35 million and fraudulently converted the money to their own use and benefit.

Part of the charge read that, “Mukaila Fakos, Engr. Rasak Sefiu Adesina, Barrister Idowu Adebayo Micheal, Babatunde Smith (at large) and Adigun Smith (at large), sometimes in 2010 in Ikeja conspired to obtained the sum of N120 million from one Lanre Obisesan by false pretence when you know you were not authorised to do so by the true owners unlawful sale of Mr Idowu Musiliu Ololape Balogun and Musbal Nig. Ltd’s property to him.”

The prosecution also alleged that the defendants obtained N120million from Obisesan by falsely representing to him that they were authorised to sell the land property at No 5c Micheal Ogun Street, GRA, Ikeja.

They were further alleged to have forged a document titled; “Special Resolution of Musbal Nigeria Limited” dated December 8, 2010, “Form CAC 7” and “Consent Letter by Ayoola Fakos” and uttered false document to Guarantee Trust Bank through a staff of the bank to act upon as genuine.

After their ‘not guilty plea’, prosecution counsel, Mr Emmanuel Jackson asked the court for short adjournment for trial and prayed the court to remand the defendants.

However, counsel to the defendants, Lawal Pedro (SAN) in his response told the court that the third defendant, Barrister Micheal, had filed application for bail.

The trial judge thereafter adjourned hearing of the bail application for the third defendant till February 26, 2018.

He ordered the defendants to be remanded in prison custody until next adjourned date.