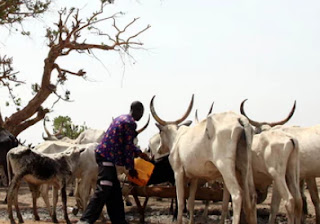 The Judge, Mr Yahaya Mohammed, sentenced Abubakar after he pleaded guilty to a two-count charge.

Mohammed, however, did not give the convict an option of fine.

Prosecutor M. Labaran had told the court that one Yusuf Abdullahi reported the matter at Angwan Rogo Police Station on Dec. 30, 2017.

He said the convict and his gang members injured the complainant on the neck and head, collected N3, 000 cash and cell phone worth N10, 000.

Labaran said the convict made confessional statement and admitted the crime.

The prosecutor said the offence contravened sections 288 and 103 of the Penal Code.

Continue Reading
You may also like...
Related Topics:Fulani, robber