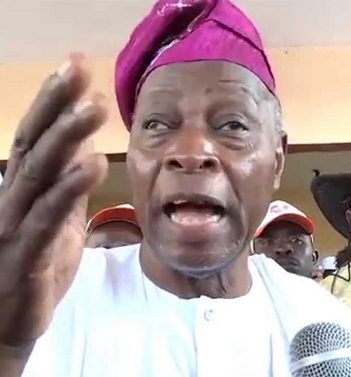 Former Secretary to the FG, Chief Olu Falae’s farm near Akure in Ondo state has been invaded again by some suspected Fulani herdsmen.

According to sources, the Ilado farm belonging to the elder statesman was invaded by some herdsmen today and in the process of grazing their cattles, they destroyed crops worth millions of Naira.

Falae’s PA, Retired Captain Moshood Raji who confirmed the incident said the hoodlums were sent packing after the police escorts of the elder statesman shot sporadically into the air.