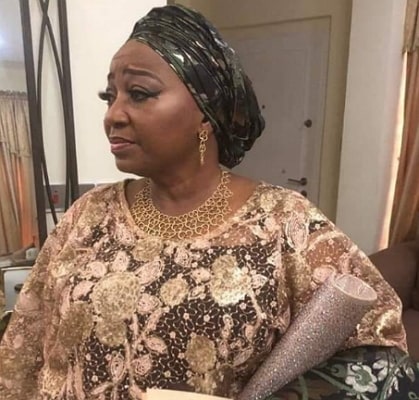 Funke Olakunrin She was said to be traveling along Benin/Ore expressway when she along with others ran into the barricade mounted by the suspected Fulani herdsmen. The herdsmen have been terrorising motorists along the Benin/ Ore highway in recent times.

Vanguard learnt that the deceased was coming from Lagos and was on her way to Ondo town to commensurate with her mother’s family members ( the Awosikas) when she met her untimely death.

Police authorities in the state confirmed the killing of the daughter of the Yoruba leader. Spokesperson for the command, Femi Joseph said the command could not confirm whether it was herdsmen or armed robbery that attacked the vehicles along the road in which the deceased was traveling.

According to Joseph: “three vehicles were attacked at Kajola along Benin/Ore in Odigbo Local Government Area of Ondo State.

“There was a shootout between the suspected gunmen and the police who tried to rescue the victims along the road notorious for accident and kidnapping.

“The three vehicles attacked by the assailants included a Land Cruiser jeep with Registration number AAA 147 KM, one Toyota Camry car and one Young Shall Grow bus. Joseph said that “the person in the Land Cruiser jeep was killed while eight persons were abducted in the vehicles.

The police image maker said seven of the kidnapped victims were, however rescued by the police. Joseph said ” one Gerald Ibuoyikha was kidnapped by the suspected herdsmen.

The seven people who were injured and rescued, he said ,were with the Police.

Speaking with Vanguard the spokesman of Afenifere, Mr Yinka Odumakin said “the action of the herdsmen showed they have declared war on Yoruba land. Odumakin said the Yoruba would not take this anymore and people should expect reactions over the killing of a daughter of the Afenifere leader.

“The herdsmen have shot their AK 47 into the tinny rope that tied Yoruba and Nigeria together. We will not accept this.”