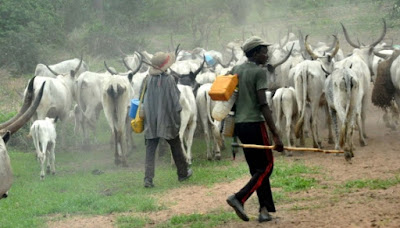 Some suspected Fulani herdsmen have killed the Officer-in-charge of the Special Anti-Robbery Squad in Saki Area of the Oyo State Police Command.

The officer, an Assistant Superintendent of Police, whose name was not disclosed by the Command was said to have been macheted to death by the suspected Fulani herdsmen during an operation in a forest around Saki-Ogboro Road in the Oke Ogun area of the state.

The incident is coming barely two weeks after the state Commissioner of Police, Abiodun Odude and other top officers of the Command held a stakeholders meeting to address issues and crisis between farmers and herdsmen in the state.

The meeting held at the Eleyele Headquarters of the Command in Ibadan.

According to a top Source who pleaded anonymity, a combined team of police officers and men of the SARS operatives in the area had arrested some suspected Fulani herdsmen on the ground of disturbing public peace a day earlier, but that the men were ambushed by another gang of herdsmen during another attempt to arrest two other suspects involved in the public chaos.

The source added that the development has led to palpable fear in Saki and its environs.

The Public Relations Officer of the Command, Adekunle Ajisebutu who confirmed the incident said four suspects have been arrested in connection with the death of the officer.