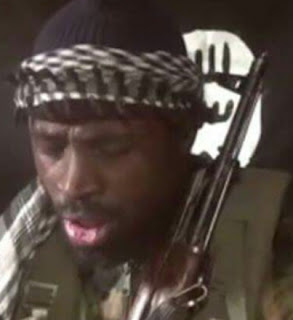 It is now obvious that Boko Haram is losing ground to the Nigerian army.

In a 10-minute video delivered in Hausa language, the leader of the Jihadi sect, Abubakar Shekau was heard condemning the Nigerian army hostility against his supporters.

The most wanted terror sect leader who could no longer hide his frustration said:

“I am tired of this calamity; it is better I die and go to rest in paradise”.

According to Premium Times, Shekau who boasted that he is still somewhere in Sambisa forest urged his members across Nigeria to help him fight the Nigerian government until he drops dead.

Shekau who confirmed the induction of Cameroonian soldiers into the Operation Lafiya Dole counter insurgency force boasted that he is still in control of Sambisa forest.

Continue Reading
You may also like...
Related Topics:abubakar, shekau, suicidal