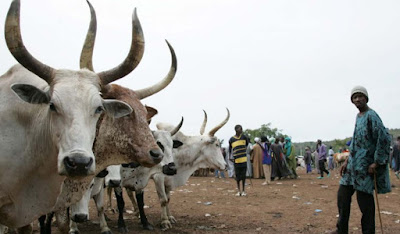 It would have given me utmost pleasure to begin this letter with the pleasantries requisite of a letter to such an authority as you, but I’m afraid this is coming from quarters of turmoil – from a place where there has been so much disregard. I cannot but exude the disregard currently going on in this part of the country.

Dear President, there has been so much disregard for lives in Benue State that one would wonder whether there are still political figures who superintend over our security and well-being. Armed Fulani herdsmen ambushed us while we were in jubilant yuletide spirits and butchered us like chickens: children, women, even pregnant women. Others were left with terrible injuries.

Perhaps, I should have directed this letter to my governor, Samuel Ortom to combat this crime from his internal security resources. I also could have written this letter to the youths; that like aggrieved youths elsewhere; they could take up arms, block all access roads to the main towns of Benue, and destroy all government property in site until something is done. But I choose to write to you not just because of my respect for authority but also because I trust your efficiency. I know that your route would do in one way what others would do in seven.

You obtained my trust in your efficiency with security issues with your clampdown on IPOB. This group’s activities climaxed at a time when you were being tended to on your sick bed. Upon your return, you needed just split seconds to commence a military operation that saw the calm of the situation in weeks. Soon, you proclaimed this group a terrorist organization even before the court did!

Our dear President, your increased concern on the issue of cattle rustling also marks you off as a no-nonsense man. You have always shown great concern and put in high security measures to combat cattle rustling. In the fight against cattle rustling, you have even launched technological solutions! Your efficiency is in no doubt.

What baffles me then, (and there are many others like me), is your go-slow attitude towards the perennial herdsmen attacks at the backdrop of your security efficiency. The issue of herdsmen attacks precedes your administration. But unlike other security challenges you inherited, you have put in a Spartan spirit and fought them to naught. Why then, are we yet to enjoy the dividends of a president who is hard on security challenges?

I am not oblivious to the condemnations you have made concerning the recent massacre. Well done! But I daresay the response I have seen so far is not in tandem with the massive murder of over 50 unsuspecting, innocent people! Your body language on this issue does not synchronise with that of IPOB, cattle rustling and other security challenges under you.

Trust is what, if lost, can never be completely regained. Your initial silence on this sensitive issue of national security has caused irreparable damage. You have lost many die-hard supporters including the author of this letter. The handwriting on the wall, as it appears, is clear enough for everyone to read: you belong to everybody but you belong more to others.

Yes, you have condemned the killings now, but what you have done is sever the country only to mend it afterwards. What we are yet to ascertain is whether you are mending it genuinely. If you prove this fear right, you would become the real threat to the strength and unity of this country and not IPOB, Niger-Delta Avengers or Boko Haram.

This seemingly licensed herdsmen attacks has implications other than national strength and unity. The growth of agricultural productivity in Benue State and the country at large has been impeded as a result of these lingering attacks and yet, you are the chief advocate of economic diversity. Politically, the votes of Benue State were instrumental to your victory in 2015 and our dissatisfaction with you has negative implications on your 2019 bid. But of course you can choose to ignore that, and we would be glad to excuse you.

But what we cannot excuse, Dear President is the security of our lives. If we lose everything in this world, we have our lives to hold unto. You have a responsibility, as the chief security officer of this country to protect all her citizens and not a select few. Thus, I make a fundamental appeal that you back up your verbal condemnation of Benue killings with actions as swift and passionate as you did other security challenges. Commence a military operation in Benue and other affected states the same way you did against IPOB. Arrest and prosecute those behind these killings. This is a pressing issue of national security and we cannot stand the reality of your words being mere lip service. Please do something!

In spite of my dissatisfaction, the debris of my predilection for you is yet to completely fizzle out. Thus, I would top up my demand with an advice. Please sir, renounce your position of grand patron of Miyetti Allah Cattle Breeders Association. You are the president of Nigeria and the grand patron of us all. No position supersedes this in Nigeria. This will enable you not just to be objective in issues like this but to reclaim some of your public trust.

Also, in the interest of fairness, justice and security, declare Fulani herdsmen a terrorist group and ban open grazing across the country. These people have been security threats not just in Benue State and in the Middle Belt region but all over Nigeria. They have since attained equal status with Boko Haram and should be treated as such.

Dear President, these conditions may be tough, but I know you to be tougher. Even if you have suddenly become soft, you should be toughened by the realization of what you are: the President and Commander-in-Chief of the Armed Forces, Federal Republic of Nigeria with the primary duty of protecting the lives and property of Nigerians.

I wish you a positive contemplation of this letter.

About the author: Clifford Ortese wrote from Makurdi, Benue State.

Continue Reading
You may also like...
Related Topics:Buhari, Letter, open