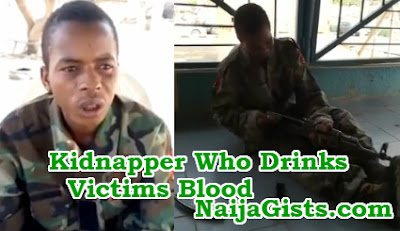 A very disgraceful video of some policemen hailing a young kidnapper has gone viral online.

In the shameful video footage released by a police officer on Facebook, notorious Fulani Kidnap kingpin, Umar Ibrahim was seen being hailed by some policemen as he assembled an AK47 rifle within minutes. 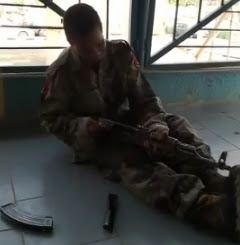 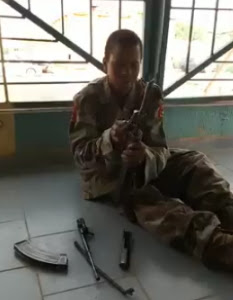 The 25-year-old troubled man was arrested and paraded alongside 15 others earlier this month.

He reportedly killed over 10 of his victims and drank their blood.

What stands Umar’s kidnap gang out of others among the country is that they kill their victims after collecting ransom and drink their blood.

Here is the viral video of Ibrahim Umar assembling an AK 47 rifle.