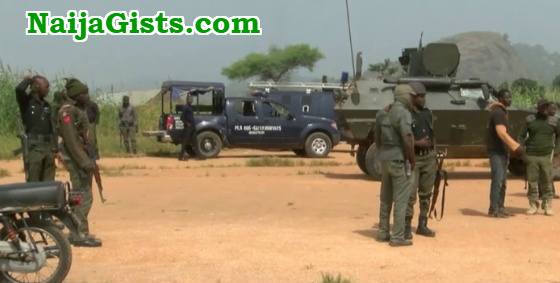 The Plateau Police Command on Friday said three persons were killed by gunmen in Jebbu-Miango community in Bassa Local Government area of the state.

“Yesterday at about 1900hrs, the Police Division in Bassa Local Government area received a distress call that Jebbu-Miango community in Bassa was under attack.

“The division immediately informed the state police command and mobilised its men to the place. While we were close to the village, the armed men ran away.

“Some witnesses confirmed to the police team that three people from the community were killed by the gunmen.

“They identified the deceased as: Danlami Gomaster (male) of Kwall District, Emmanuel Audu (male) of Jebbu-Miango and a yet-to-be-identified person.

This attack is coming days after members of Irigwe militant group killed 2 herdsmen and their cattle in Bassa Local Government Area of the state.