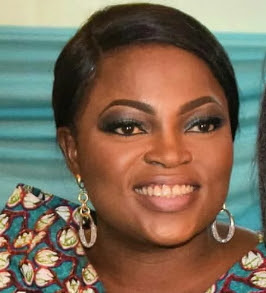 Ever wondered why Nollywood actress and filmmaker Funke Akindele maintained a dignified silence even as the whole world celebrates her for being a part of 2018’s most anticipated movie?, well it is because the report was sparked by an anonymous hacker who inserted her name on the cast of the movie to give her more popularity.

Sources close to Funke  revealed that the actress was not aware of the development until she made an inquiry after which the producer of the movie discovered that she was never a part of the cast from onset.

Her name and that of another African actress have been removed by the movie producer.