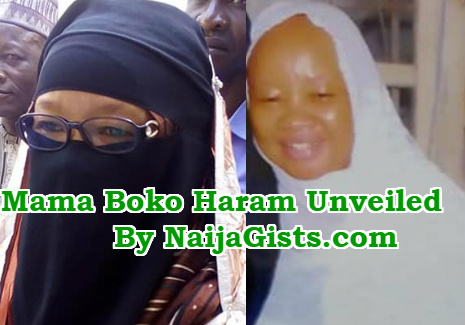 You were once declared wanted by the Department of State Services. Why and how was it resolved?

They said I knew where Shekau was and that they wanted to get the Chibok girls out and resolve the whole issue and that I was not releasing the information at my disposal. I was not arrested; I went on my own to meet them. They heard me, I told them that I was not hiding and that I wasn’t hoarding information in my quest for peace. I also told them that even when I went to the bush to meet with those guys and someone asked me about the trip, I always revealed the details of our interaction. But if you ask me where they were, I will not tell you that; I will tell you I do not know. Actually, I do not know because they usually take me there in a blindfold inside a car with strict instructions that I should bow down my head throughout the trip.

They would deliberately drive round for hours until they are sure that I have become drowsy and possibly slept off. How do you expect me to know where they had taken me? It is also the same process when they are bringing me back. As a matter of fact, what is the purpose of telling the DSS where they are? Can’t they go and look for them? Sometimes, when I go to them in the bush, I spend about three days, and at times, a week. It is a pathetic situation. You see them sometimes shedding tears, anxious to be reunited with the society. They usually confess that they are tired of the life they are living. Anybody who knows my history will know that the boys, when things were still good, were staying in my house. In those days, if you came to my house, the gate was always opened to everybody. I never discriminated against anyone. We were living together, and even whenever I was going somewhere around in Shehuri North then, they would carry my handbag and call me mummy and asked what I had for them.

They would tell me what they wanted to eat and I would give them money to go to the market. We would prepare the food and eat. They were like kids to me. Some of them, I did their circumcision when they were boys of just seven years old. So they grew up seeing me as a mother.

Are you advocating an end to this military solution?

The shootings and killings have never solved any problem. Very soon, it will be 10 years since the war started. Scores of soldiers have died in the process. I had to involve myself in the peace process when I saw people coming from all over the country and even white men to fight war. Some say only a fierce battle could end the war but I am of the opinion that we should not continue because of our kids.

They planned to bomb St. Augustine’s Church on December 24 last year. One of them called me on that day to find out whether I had travelled. There was a pickup van loaded with explosives in front of the church. I told the caller that I had not travelled and I immediately rushed out and saw the boy that was to carry out the suicide mission. They had already prepared him for the exercise. He had already been given the injection and prepared him for burial. The boy was just moving and murmuring. I quickly called the (Boko Haram) boys and told them that I can see a vehicle parked and that a boy was moving towards it. They told me that the boy was the suicide bomber. They asked why I did not travel again and I told them that my brother, a reverend father, visited Maiduguri and that we would be travelling together after Christmas.

I instantly told him that I was right inside the church (targeted for bombing) with my brother because I brought food for him. I told them that I was not ready to leave the church, daring them to do their worse. They were then confused and asked what I wanted to become of the boy they had prepared for the suicide mission, and I asked them to send the boy away to the nearby bush; after all, he had taken the oath to die, so he should go and die alone. They asked me to leave the church premises but I told them that I wouldn’t go until they had diverted the boy away. After some time, they told me the boy had left and one of them said, ‘I can see your car driving out’ but I didn’t go with my car. This is to show how God works. God planned this. I do not know where a black car came out from that made them to believe I was around the place. So they drove the pickup van away. When I did a follow-up, I learnt that the boy had died because he had taken an oath and they had given him an injection preparing him for death. If you take the injection, you can never be yourself again. I then warned them that on no account should they target places of worship for bombing again.

Do you agree that the Boko Haram has been technically defeated?

They do not have that energy anymore. If you look very well, that energy is no longer there. They are gasping for breath and looking for a way out. They are always asking for the road. They are looking for the road to come out. They want trusted roads and not betrayal. If you sit with them and talk, they will tell you. They hardly trust anyone and they say they do not want further betrayal and are willing to remain where they are until they get Allah’s help. They have, however, told me that they trusted me because I meant well. I have taken some of those that were declared wanted to certain quarters to negotiate and the outcome of the negotiation was good.

Why do you think there are still bombings in the North-East?

Maiduguri in particular has become what they call Makkah, the headquarters of the North-East, and that is why we are experiencing bombings unlike Bauchi, Adamawa and Yobe, where there are pockets of bombings.

Some government officials are saying Shekau is hardened. Is he not a human being? Shekau is a human being, and if you watch him, he is always calling Allah and believes he is fighting for Allah and this Allah will touch him. Government should follow the right way and the battle will be over.

What is your assessment of the insurgency war under the President Muhammadu Buhari administration?

I cannot but clap for him. At least in Borno, we are sleeping very well. If you had come to Borno when this thing started, you would not be here by now (3pm). Everywhere would be vibrating. But since (President Muhammadu) Buhari took over, we have been sleeping soundly. We are now moving around up till 10pm. We now do our shopping in the night; unlike before that everywhere would be closed by 4pm. Buhari has really tried.

What is your final word?

To insurgents? I cannot but continue to beg them. What is it they want that they cannot come out and say? What is it that is hurting them for eight years, and they cannot come out? They preach to us to forgive; if you see them, they continue to say forgive. Do not hold anger against your brother overnight. What are they holding there? I am begging them, they should come out. The military does not have the intention of killing them. Nobody has the intention of killing them.

Continue Reading
You may also like...
Related Topics:attack, catholic, church

Gifty Powers: I Married My Ex-Husband David Akumah Out Of Lust, I Went Through Hell
560 Nigerians Deported From Libya Arrive PH ”They Are Indigenes Of Edo & Delta States” – NEMA