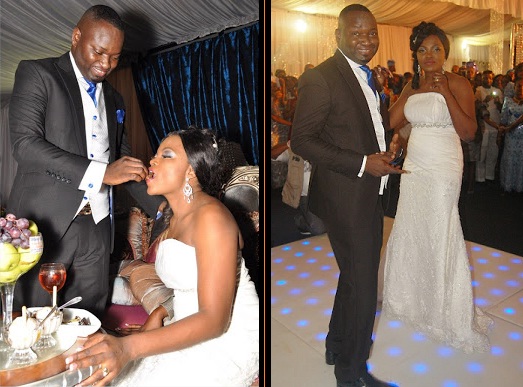 After days of hide and seek, denial game with the press, Nigerian actress Funke Akindele has finally confirmed her separation from her hubby.

The actress confirmed she has left her husband through her publicist this evening.

Check out the press release below;

Dear Friends,
On behalf of our client, star actress,  Funke Akindele we want to formally inform you that after due consultation and consideration, she’s now separated from Kehinde Oloyede as his wife. She hereby urges her fans and all concerned to pray and wish her the best as she moves on in her career. Kindly note that this is the first and only  official statement from Funke Akindele on the matter and will be glad if her wish is respected.  Thank you.Sincerely yours,
Ayo Ola- Muhammed,
Principal Consultant
NEECEE  Entertainment

This a very tough decision for the Return of Jenifa star who tried to hide the problem in her marriage until her hubby himself exposed the crack via his Facebook page on Monday.

According to insiders, Funke Akindele’s glamorous wedding to Kehinde Oloyede Almaroof, a married father of 6 children gulped about 10 million.

Due to her age, the actress intentionally married the man who already married 2 other women with several concubines.

Not only did she marry the man, the actress willingly converted to Islam last year when she announced her Nikkai ceremony days before the wedding. 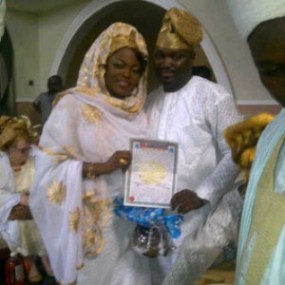 She is the daughter of a committed pastor at Mountain of Fire Ministries.

The look on her mother’s face on the wedding day speaks volume.

Hope the actress will take her time this time around to do it right.

May the Lord console her.