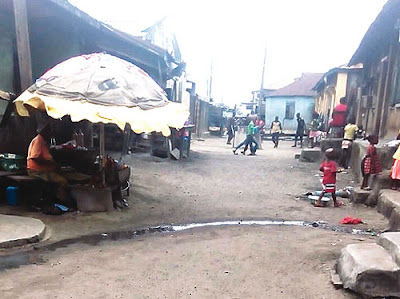 A man identified as John Effiong has lost his life to gambling.

The victim reportedly lost over N60,000 to his friend, 24-year-old Ogadima Nkwaha but in a desperate attempt to recoup his losses, he reportedly wagered his expensive handset.

He however lost to Nkwaha again.

Trouble started when Effiong refused to let Nkwaha have his expensive iPhone.

In the ensuing brawl, the suspect allegedly slit Effiong’s throat with a broken bottle.

He was rushed to a nearby clinic where he eventually gave up the ghost.