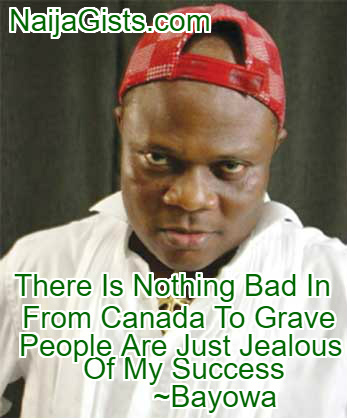 “Selfish Bayowa” as  he is now being called across town has come forward to defend himself in the wake of the allegations that he is making money from the tape recorded during Moji Olaiya’s burial.

The highly controversial figure said there is nothing bad in the documentary titled “From Canada To Grave”.

He said he introduced Moji Olaiya into acting. He also fired back at his critics adding that those criticizing him are only jealous of his achievement and relevance in the entertainment industry. 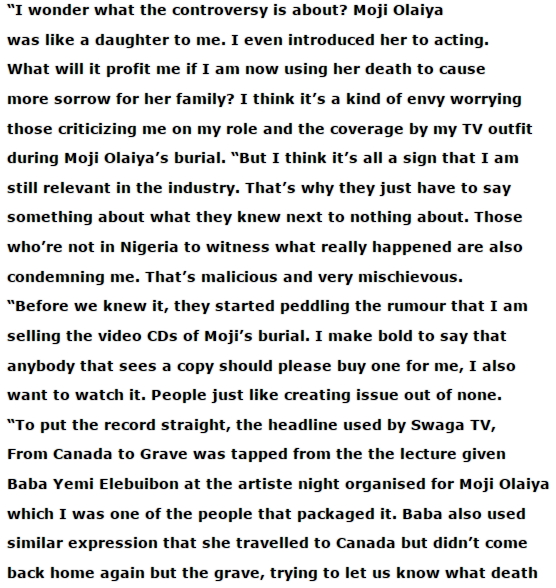 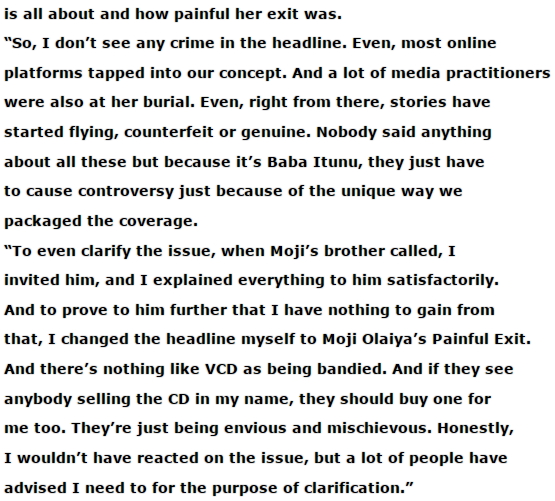 Why give late Moji Olaiya documentary movie such a disrespectful title in the first place.