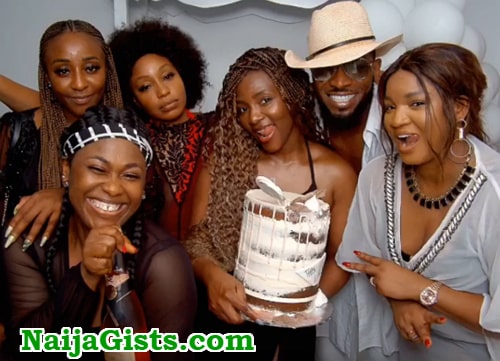 The veteran actresses who featured on the set of the movie over a decade ago met at the reunited at the birthday celebration to Genevieve’s 40th.

Uche Jombo shared a throwback and the re-union photos of the four leading actresses, indicating that they recently came together.

She wrote:” A little Girls cot reunion happened over the weekend.”

Most fans described the picture as `iconic,’ `legendary’ and `the original six goddesses of the TV screen from over a decade ago’.

NAN reports that ‘Girls Cot” is a 2006 Nollywood hilarious blockbuster directed by Afam Okereke and produced by Sylvester Obadigie, which features the four iconic actresses among other cast.

Set in a University campus, unravels the many shady things female students do to survive and their fake lives to appear rich and famous.

Genevieve played the role of Queen, the character that goes around telling anyone who cares to know that she’s the vice president’s daughter.

She moves with the high and mighty in society and connects her friends to men for money which later led to series of intriguing revelations.