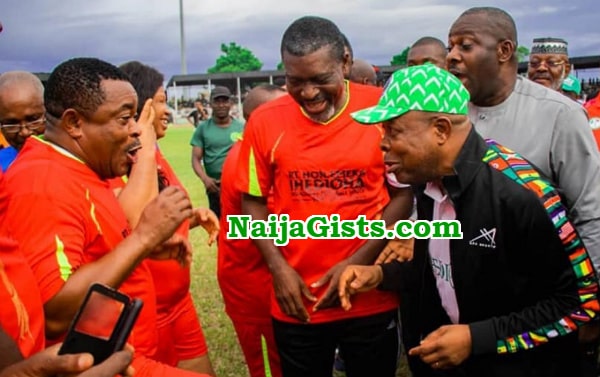 The event was witnessed by top Nollywood stars and parade of stars and creme dela creme in the sport world.

The ex-internationals took to the pitch against their Nollywood counterparts at the Dan Anyiam Stadium where many still showed element of the skills that made them household names during their active years.

The Nollywood team was equally well represented with the likes of Anayo O Anayo, Osita Iheme,Emeka Ike and victor Osuagwu seen sweating it out in well attended event that saw Imolites troop out in their numbers.

Ihedioha a former Deputy Speaker of the Federal House of Assembly contested and won the gubernatorial election held in Imo state on the 9th of March 2019. He defeated his closest rival Uche Nwosu who ran under the Action Alliance Party after falling out with the ruling APC in the state.

He was officially declared Governor elect by Independent Electoral Commission on 11th march.

All is now set ahead of tomorrow’s handover that will formerly end Governor Rochas Okorocha’s eight year reign. 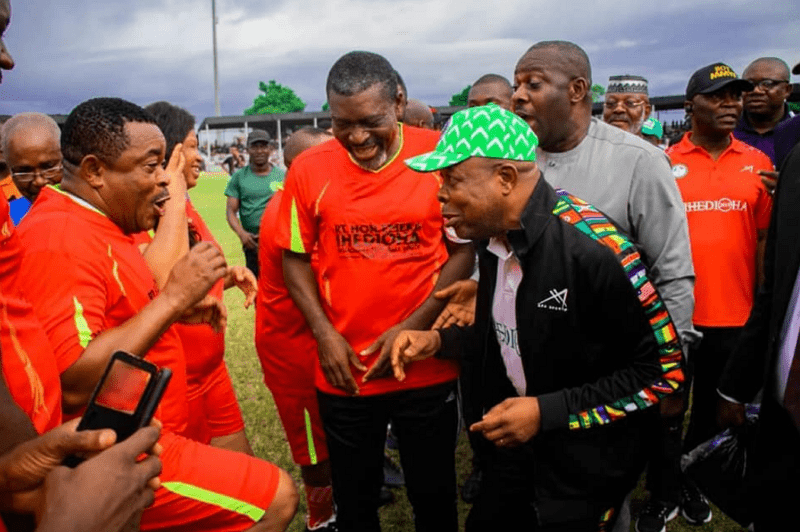 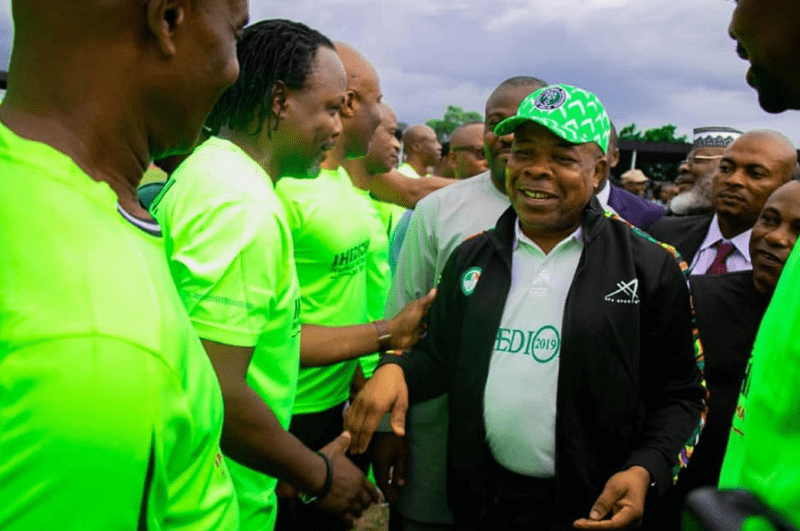