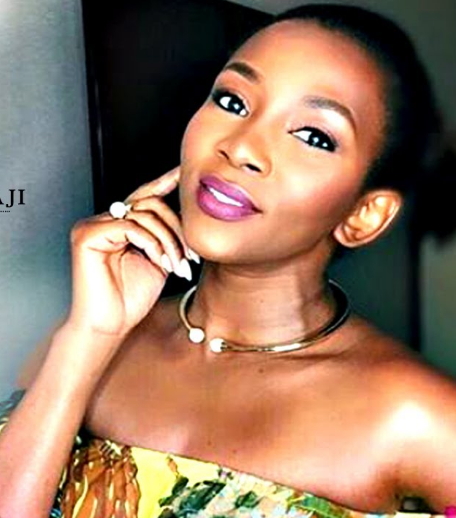 Nollywood movie Road to Yesterday stars Genevieve Nnaji, popular award-winning Nigerian actor. Being one of the banned actors in 2005 alongside Omotola Jakande-Ekeinde and Ramsey Nouah for being unaffordable to cast by filmmakers, these crop of actors became very scarce on movie screens on their return, only showing up like the moon and being celebrated like Ramadan at every movie appearance.

Many of them have gone on to create their own shows and make their own movies which afford them a chance to put whoever they like and create whatever they want. And this is what Road to Yesterday is, a creation of the actor herself, a first, premiered in 2015. A second production by the actor is in the works, but that’s for another day.

Road to Yesterday tells the story of a couple, Izu and Vicky who are faced with a marriage crisis. Vicky moves out of the country to cool off for a while with her daughter, then returns to Nigeria on her mother’s insistence and an excuse of Izu’s relation’s funeral to try and fix her marriage.

She is met by a cold Izu who would rather be out drinking with friends than being in the same room as his wife. Eventually, they embark on a road trip to his village for the funeral, and on that trip, they travel back in time to the events that have led them to this point in a bid to try to find common ground and resolve their differences.

Too early in the film, you can tell by the masterful shots that Ishaya Bako is a phenomenal director. The welcoming drone shots of Lagos draw you in and you find yourself quickly settling into the movie. By the tenth minute, you recognize the conflict that is about to ensue, and you’re sold.

With the depth of its mystery, it gets a tad disappointing when you realize what it is really about by a series of flashbacks. The story then becomes nothing special as it explores infidelity as with a thousand others. This doesn’t mean it is bad though, it just doesn’t excite.

Upon their reconciliation, it further lets you down when you realize it has been one long dream. What is it with dreams and movies that have remained inseparable for years?

Nnaji further proves that she is a natural with a flawless performance as Vicky. Oris Erhuero isn’t phenomenal as Izu, as his only expression through the film is stiff and angry, even in places where he smiles with his eyes. The accent he throws in every now and again also throws you off with its inconsistencies.

A common trait among the friends is how they all seem to be overshadowed by the characters of the lead actors. Everything revolves around the lead and their issues.

Its predictability notwithstanding, Road to Yesterday is brilliant in many ways, from its cinematography to its soundtracks (you can never go wrong with a Brymo soundtrack really) to its casts’ performances.

When the screenwriter (who also happens to be Ishaya Bako) attempts to reconcile the people in Vicky’s dream to the people in real life, it is an ingenious bit. He stumbles with the dialogue as some of the lines are worn and unoriginal. The movie toggles between flashbacks and reality in a way not many indigenous films have, and bearing the risk of getting confusing, it pulls through.

Produced by Genevieve Nnaji, Chichi Nwoko and Chinny Onwugbenu, Road to Yesterday is an applaudable effort for a debut. It is slow, but it is drama and just maybe requires the pace it gets to give it the desired emotion.

Continue Reading
You may also like...
Related Topics:genevieve nnaji, movie, road to yesterday, self produced