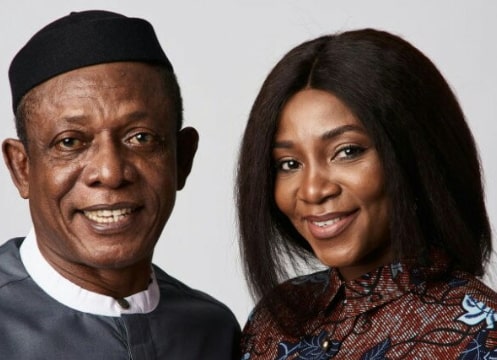 A few days before its world premiere at the Toronto International Film Festival(TIFF) , it was announced that Netflix had acquired Genevieve Nnaji’s directorial debut, Lion Heart, making it the first Nigerian Netflix Original movie.

Now, while there are Nollywood films available on Netflix, none of them is a Netflix film and were acquired after their cinema run.

By acquiring world wide rights, Netflix has the sole right to distribute Lion Heart. Regular video streamers would have come across the message, “this video is not available in your country/region” from different platforms.

That is an example of territorial rights. As with Netflix, there are films/TV shows available in North America but not in West Africa.

Lion Heart will be accessible to users worldwide.

What makes this remarkable for a Nigerian made film?

Netflix has specific standards for what qualifies as a Netflix Original in their delivery specifications.

Considering how bad the audio of many of our films are, Lion Heart, meeting all the delivery specifications is impressive and a challenge to the rest of the industry.

It’s also a palette cleanser as several of the films which made the 2016 Spotlight had cringe-inducing audio quality (sound mix), drawing criticism both from the paying audience and the reviewers. What should have been a good outing turned into a display of lack of audio craftsmanship.

None of this happened by coincidence, nor was it a miracle, but strategic engineering by Ms Nnaji.

When she made her debut as an Executive Producer with Road to Yesterday, she showed a departure, tonally and aesthetically from the films which made her a household name. She had been away from Nollywood, her last film being 2010’s Ije .

Along with Kunle Afolayan, she was a guest at TIFF in 2016, featuring on the ‘In Conversation’ section of the programme. She was there without a film and it can be assumed that while there she did her research, cultivated relationships and planned to come back as a filmmaker.

This was a calibrated plan. n Based on the criteria, many of Nollywood’s most celebrated box office champions of recent years won’t meet the technical requirements.

When she was asked about Netflix’s 2016 arrival in Nigeria:

I wonder if she saw the future.

While we celebrate Ms Nnaji’s achievement, it should not be assumed as an automatic open door flung for all of Nollywood.

Films screened in Nigerian cinemas still have poor audio (and other technical) and those are the ones accepted by the exhibitors.

Many are often turned away because they don’t meet technical specifics (even by Nigerian standards). If Nollywood producers are to tap in the global market and get those foreign dollars, our technical standards must be raised.

Over the years many industry practitioners have dismissed film festivals, mocking those who aspired to attend as, “festival filmmakers,” whose films have no commercial value. Now, there are many filmmakers who aren’t concerned by TIFF or Netflix, that is not their target demographic, so it doesn’t affect how and why they make films, which is fine.

In response to a comment from a Nollywood actor in the audience, who stated to Kunle and Genevieve that we don’t need a global market, our local market is enough. Mr Afolayan responded, “It depends on where you want to play, depends on your dream, it depends on how far you want to fly.”

Look at it this way. Steve McQueen’s “Widows” screened at TIFF to critical acclaim, however I doubt Tyler Perry wrings his fingers over that. His market is a different place and they reward him astronomically with their patronage.

So what does it mean for Nollywood? Nothing. But it means something to filmmakers who set out with intention to meet those criteria.

What does the deal say to filmmakers in Nigeria? It says it’s possible for a Nigerian film (100% cast and crew) to get such a deal outside of popular local platforms – Nigerian cinema exhibition, Iroko TV and DSTV.

Ms Nnaji doesn’t have to worry about ticket sales to get back her investment and can concentrate on her next film. Depending on how the film is received at TIFF she may have been asked, “So what are you working on next?” – the question any filmmaker with global aspirations wants to hear from an international buyer and willing investor.