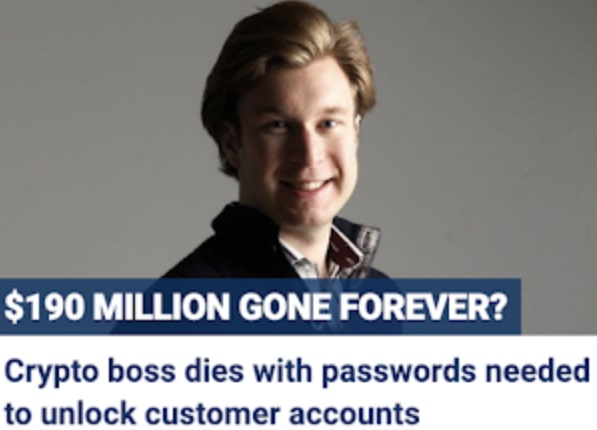 In a case similar to MMM saga in Nigeria, Canada’s leading cryptocurrency exchange company has said it cannot immediately repay customers’ $190m because its founder died with their passwords.

According to the Sky News, founder of QuadrigaCX, 30-year-old Gerald Cotten, died of alleged complications with Crohn’s disease during a trip to India where he had been billed to inaugurate an orphanage last December.

Meanwhile, Mr. Cotten’s wife, Jennifer Robertson, in a sworn affidavit she filed for credit protection on January 31, affirmed that Cotten held “sole responsibility for handling the funds and coins” and that no other members of the team could access the stored funds.

“Ms Robertson said about $190m in both cryptocurrency and normal money is in ‘cold storage,’ where the company, or just Mr. Cotten in this case, holds the key, not the client,” Sky News reported.

“The founder held sole responsibility for handling the funds and coins and no other members of the team could access the stored funds, she added.”

And though Ms Robertson is still in possession of her husband’s laptop, she said she did not know the password.

Even a technical expert they hired had not been able to bypass its encryption, she told the court. 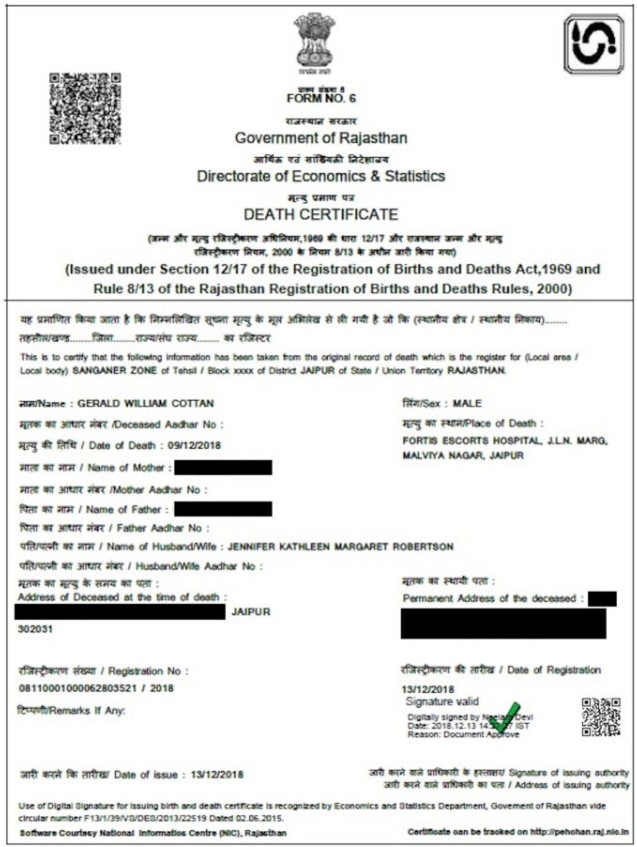 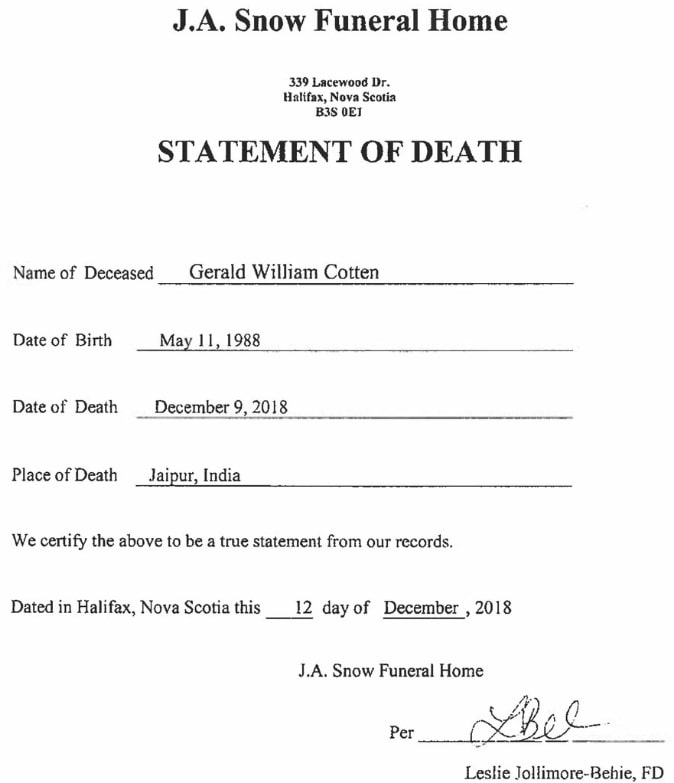 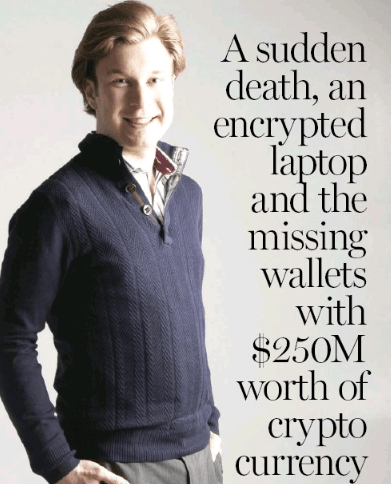