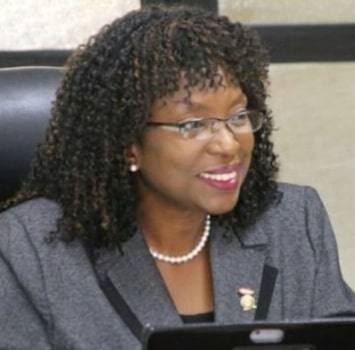 The former Vice Chancellor of Covenant University, Ota Ogun State will be buried next week Monday.

A service of songs in her honuor will hold at the Canaanland Idi-Iroko road in Ota on Monday between 2 and 4pm while interment would follow immediately.

Celebration of life service holds the following day at the same venue by 10am.

The late Professor of Guidance and Counselling was also a former Vice chancellor of Landmark University Omu-Aran Kwara State.

She died of an unknown illness on Tuesday last week. She was 59.

News of her shocking death filtered through the two universities where she once held sway, throwing everyone into grief.

Until she breathed her last, the late Obayan was the Director of CU’s Africa Leadership Development Centre (ALDC).

Described as a very active, humble and amiable personality by friends and colleagues, Obadan had not been active as she used to be since last October shortly after ALDC held its annual Covenant-International Conference on African Development Issues (C-ICADI), the fourth in the series.

Since then, there have been speculations bordering on her whereabouts, especially her non- appearance in major events by CU until her shocking demise last week.

Barely a year ago, Obayan won a case at the Supreme Court against the University of Ilorin, her former employer.

The case had dragged for 19 years.

Before he died, Adetokunbo was the CEO of Adetokunbo Obayan and Associates, a management consultant firm.