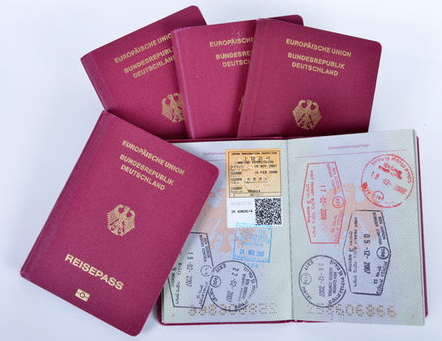 February 29, 2016 – German Citizens Have World’s Most Powerful Passports, They Can Travel To 177 Countries Without A Visa – Survey

German citizens now have bragging rights as holders of world’s most powerful passport while United Kingdom and US citizens fell into multiple spots.

In Africa, Seychelles ranks #1 and 31 in the world while the giant of Africa, Nigeria ranks 92 in the world.

German citizens can visit 177 countries without a visa while Britons can enter 175.

US travellers can travel to 174 countries in the world.

This new list was compiled by Henley and Partners, a global leader in residence and citizenship planning with over 20 offices in the world.

See the complete list of world’s most powerful passports below. 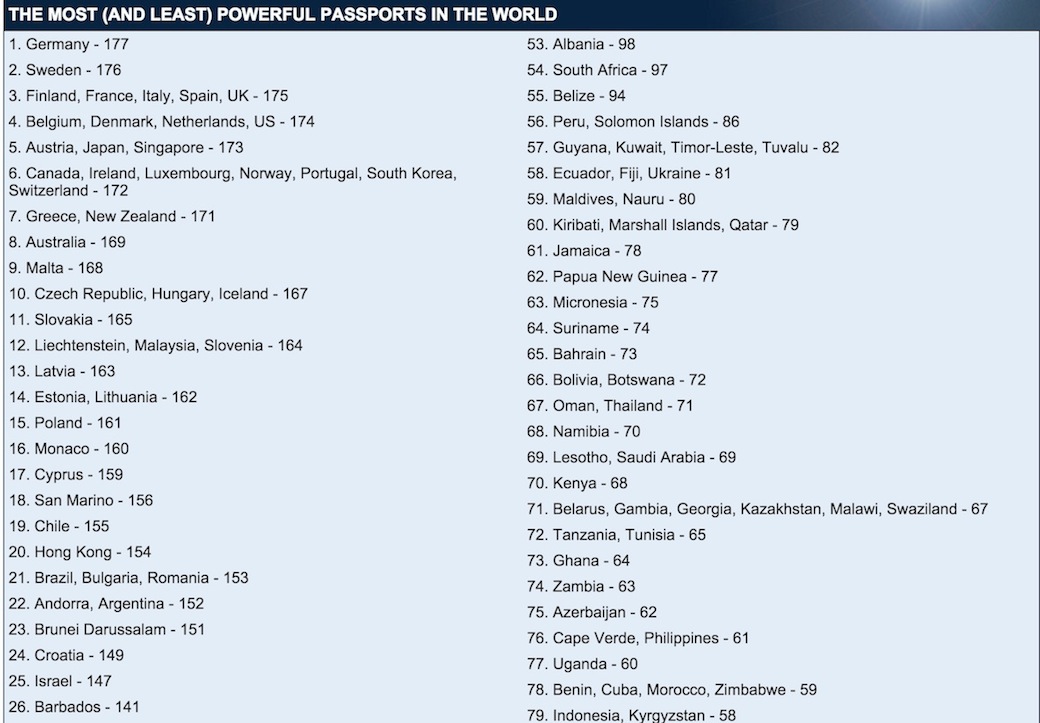 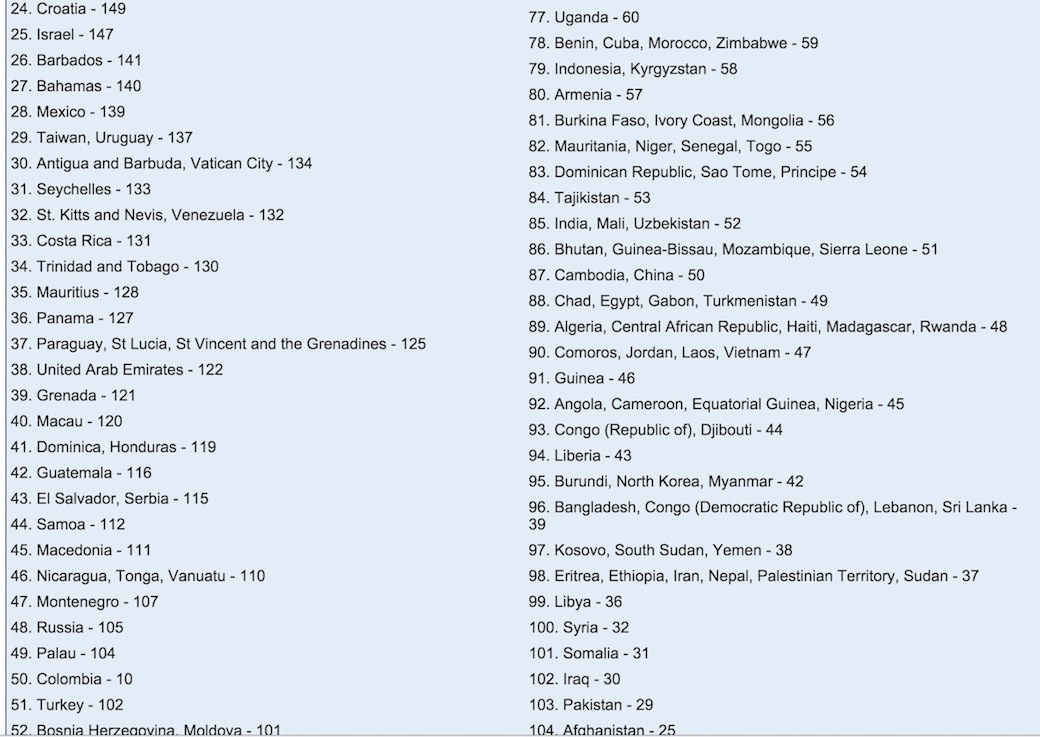