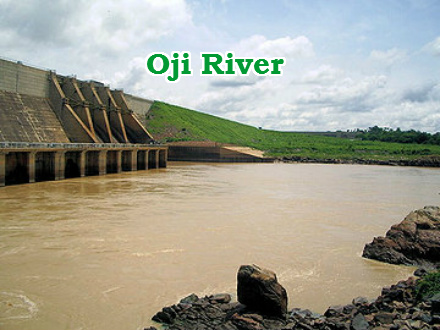 2 farmers, Innocent German and Benjamin Echekwe both 25 years, were on Monday  remanded in prison custody by a Chief Magistrate Court, sitting in Lokoja, Kogi State, for alleged conspiracy and the killing of a fisherman, Peter Akwayi, with a Dane gun.

The Chief Magistrate, Levi Animoku yesterday gave the remand order in his ruling on arraignment of the accused.
They were charged with criminal conspiracy and culpable homicide, contrary to sections 97(1) and 221(a) of the Penal Code.
The accused were said to have committed the offence at Elele Village in Ibaji LG, on March 19, 2018.

The prosecutor, Friday Shaibu, a police inspector, told the court that one Friday David of Elele Village reported the matter at the Divisional Police Headquarters, Onyedega.

He alleged that on the fateful day at about 7.20pm, while the deceased was out fishing on the Aji-Ojua River, the accused criminally conspired, armed themselves with a Dane gun, attacked and shot Akwayi dead.

He added that German of Elle and Echekwe of Ogbeju-Ibaji, both farmers, thereafter dumped the corpse of the deceased in the bush and covered it with leaves.

“I object to their bail. We ask for a custodian order to remand the defendants at the Federal Prisons Idah”, he pleaded.
In his ruling, Animoku said that bail in such matters was not granted as a matter of course in spite of the presumption of innocence guaranteed by the Constitution.

“The offence alleged against them under Section 221 of the Penal Code is a fearful one. So, the defendants shall be remanded at the Federal Prisons, Idah”, he said.
The case was thereafter transferred to the Chief Magistrate Court, Idah and adjourned to April 24, 2018, for mention.