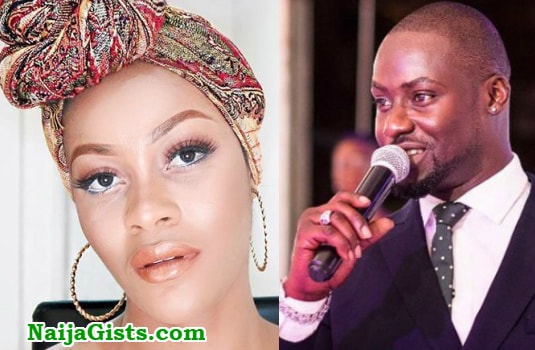 Nigerian actress Damilola Adegbite who turned a year older today was pleasantly surprised when her ex-husband, Ghanaian actor Chris Attoh put up a short and sweet birthday greeting for her on his Instagram page.

Though the couple are no longer together, the truth is, Attoh still has so much respect for Dammy knowing that she is the only one taking care of his son.

Chris Attoh’s show of maturity came a day after his wife celebrated his birthday on the social media.

Although they have gone their separate ways but the feelings is still there as they are still looking out for each other.

Meanwhile, their fans have started begging them to reunite for the sake of their son, but their cultural differences and the foundation of their relationship seem to be a major stumbling block.

A source said Chris Attoh was seeing some else when he proposed to Damilola after he impregnated her.

Since pregnancy is not strong enough to keep a man, the guy misbehaved along the line forcing Damilola to quit her marriage and return back to Nigeria from Accra.

An entertainment insider in Ghana recently said the actor has remarried while a close friend of Dammy said reconciliatory move is in effect.