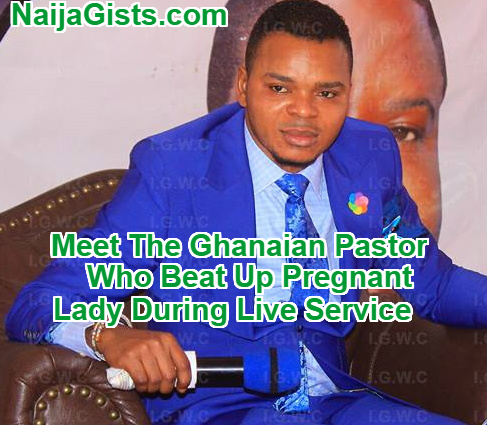 Controversial Ghanaian Pastor, Daniel Obinim, the founder of International God’s way church in Ghana has been fined 2 years after her battered a young couple in front of his church members for fornication.

According to Joy FM, Obinim was on Tuesday charged at a Court in Accra Ghana.

Obinim who claimed that the young man and woman in the viral video are his children used belt to repeatedly flog the duo during a live service as his church members watched in shock.

The sexacapdes later resulted in pregnancy. 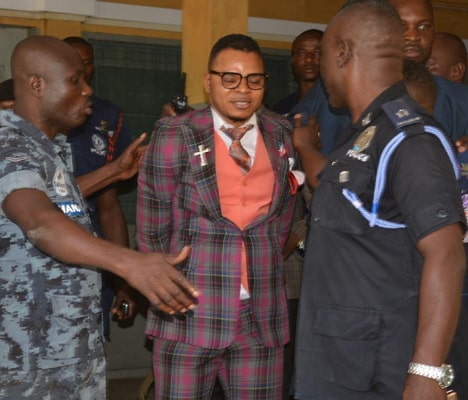 Two Pastors who supported him in the assault were also charged.

Here is the viral video of Obinim assaulting the couple during a live service back in 2016.