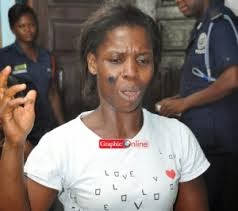 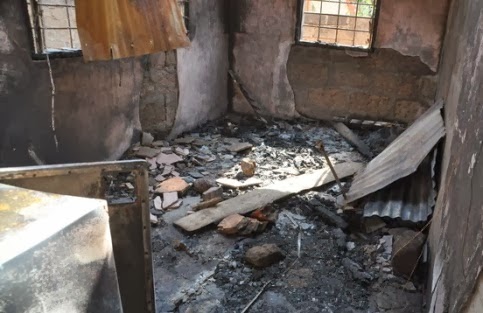 A jealous woman has been arrested in Ghana for killing a whole family.

Efua Badu, 33 on Monday went on a murder mission to her ex-husband’s new family house and set the building ablaze.

She carried out her evil mission when they’re fast asleep. 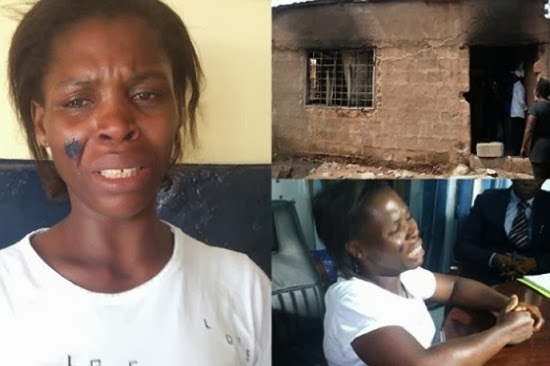 Efua Badu and her ex were once married but latter separated when the two were having problems in their marriage. Their families tried to settle the matter, but her ex-husband insisted it was over. He later got married and impregnated a 25-year old lady who gave birth to a daughter who is now two and half year-old.

Efua who couldn’t stand losing her man, the father of her two kids, at around 1.30am in the early hours of Monday set the uncompleted building her ex was living ablaze, killing him, his new wife and their baby while they were all asleep. She later fled from the scene, but when fire fighters got there, they couldn’t trace where the fire began and said someone might have set the family ablaze. 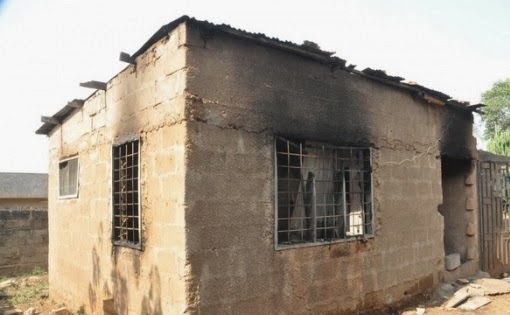 After police investigation, Efua was traced to her home by the police, where they saw some burns in her right arm and face. She denied ever knowing anything about the fire, but later confessed she was behind it when she was been interrogated. She admitted she did it out of jealous and pleaded to be forgiven.

The charred bodies of the three have been deposited at the Police Hospital morgue for examination. Sadly, the 25-year old new wife and her daughter only got to the man’s house for the first time on the 26th of January, 2014, when he went to bring them to start living with him, from where they used to live and died few hours later.