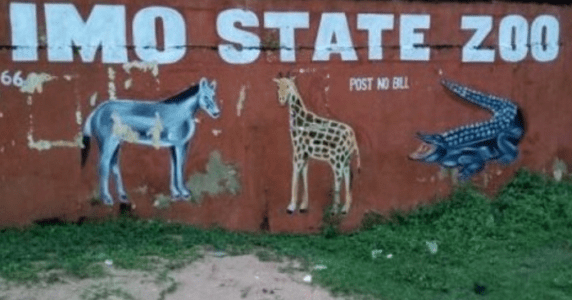 The capture occurred about 6 hours after the wild animal escaped .

The park GM, Francis Abioye said the wild animal was captured by experts through “Physical Restricted Method,” less than 6 hours after escape.

Explaining how it escaped, Abioye said the animal dug a big hole underground which made it possible for it to escape from the cage.

He said after the animal broke out from its den, it fled into the community through a broken fence in the zoo which he said was allegedly vandalized by youths of the community in 2019.

“I can confirm to you that a giant Hyena escaped from its cage early this morning through underground hole it dug but was latter recaptured by experts.

“The animal was able to escape the the zoo premises through a vandalized part of the perimeter fence within the conservative area of the zoo,” he said.

He said the operation was aided by armed personnel of Civil Defense corps who were attached to the zoo.