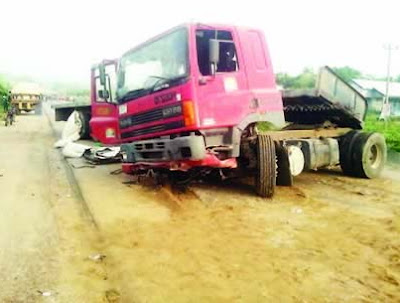 A young girl sent home from a Secondary School in Adazi Ani town, in the Anaocha LGA of Anambra state met an untimely death yesterday Monday the 6th of March 2017.

The girl identified as Chinyere was sent home alongside two other pupil but the JJS2 pupil was the only one crushed to death by a truck which suffered brake failure.

A witness said the incident happened around 9am yesterday near the school.

“It was while they were heading home that Chinyere was killed while others escaped by a whisker. The vehicle sever her head from her body”.