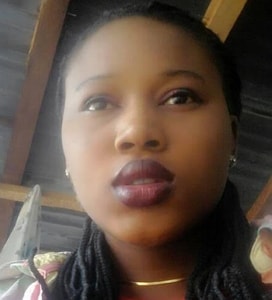 A girl who just finished her WAEC examination has been murdered by her presumed boyfriend.

19-year-old Chinyere Ebere who finished her WAEC exam on Tuesday was stabbed to death by  Saliu Oladapo, 25, after she allegedly insulted him in public the moment he asked her out on a date.

The suspect is currently in police custody .