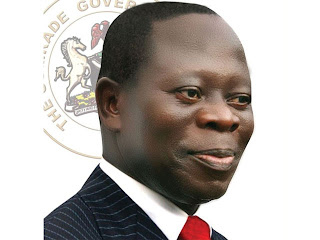 Edo State Police Command said yesterday that it has commenced investigation into the attack on the convoy of Governor Adams Oshiomhole Thursday night and the burning of the Police post by youths alleged to be students of the Institute of Management and Technology (IMT), Usen.

However, the State Government in a statement signed by the Commissioner for Information and Orientation, Mr Louis Odion, alleged thugs loyal to the Peoples Democratic Party (PDP) in the state opened fire on the Governor’s convoy at about 6pm, shortly after he paid a visit to the Onogie of Usen,  His Royal Highness Oluogbe 11,at his palace.

It stated however that “the brave security details attached to the governor, supported by an additional contingent of regular policemen deployed to maintain law and order, rose to the occasion. They were able to shield the governor, key government functionaries and ACN leaders.  But several official vehicles including Toyota Land cruisers, Hilux pick up van and Toyota Corrola Saloon car were either badly damaged or riddled with bullet”.

The attack is coming barely two months after the Governor escaped death following the accident involving his convoy at Auchi, where three journalists in his convoy lost their lives.

However, the Police Command in a statement signed by its spokesman in the state, DSP Anthony Airhuoyo, narrated that “the governor went on campaign tour to Usen town in Ovia South West Council of Edo state, the governor while on his way to the campaign venue met the students and promised to address them on his way back.

After the campaign at about 6: 15pm, the governor decided to address them on a later date as it is already getting late.

But the students barricaded the high way at the outskirt of the town and were compelling the governor to visit their institution. When there demands could not be met, it became riotous. Throwing stones and missile at the governors convoy.

“In the process of dispersing the riotous students, two of them were injured and are currently receiving treatment.

No body was killed in the process. The students later regrouped and went to Usen Police out post and vandalized the place. However, investigation has commenced as the area is closely being monitored by the police” it stated.