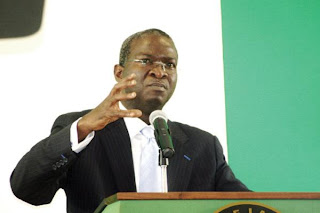 August 10, 2013 – Governor Fashola Deported Destitutes From All Over Nigeria; Igbos, Develop Ur Land & Be Ur Brother’s Keepers

Your analysis of Femi Fani-Kayode write up seem not to address what this revered Nigerian has set out in his mail. What Mr. Fani-kayode simple did was to take the Igbo’s back to time in memory to amongst other things educate you about what has transpired in the past, especially leading to Igbo needless secession, the loss and death of several millions of Igbo, the Igbo defeat and surrender and finally the magnanimous re-integration of Igbo into Nigeria. He wrote a very clear chronological order of events for the Igbo young minds to learn history and for the adults to rethink in their behaviors.

Infact, Mr. Fanimokun gaves examples of Lt. Adekunle Fajuyi putting his life first before Agunyi Ironsi, he talked about accommodating the Igbos back to life in the South West and since then, no single time did the Yoruba sent the Igbo packing or kill them or maim them, rather they allowed them to flourish side by side with the rest of the Yoruba people. Infact, 80% of Igbo people became who they are today from the Yoruba Land, which the Yoruba are proud of.

In my view, what has been the hallmark of the Igbo tribe is its unguarded emotional outburst into issues rather than a clinical and methodological approach to situations. Your email below is very laughable, especially as you now say Ondo, Itsekiri, Igala, Nupe are all owners of Lagos…you were right about all those minorities ethnic group you mentioned except the Igbo. Simple reason is that the Old Oyo Empire, ruled over all the ethnicities apart from Igbo, thence, Awori’s, Nupe, Igala, Itsekiri etc. even have ancestral tie to Yoruba’s. You probably did not know that Afonja ruled Ilorin which was under the Alaafin Aole of Oyo empire for several millenia, ending during the wars in 1870.

Now coming to the issue of owning a property in a state that is not your native state and thereby laying claim to the city is mere wishful thinking and very laughable, infact let me tell you a little secret, Yoruba’s are laughing heavily at you people and waiting for you to make the same suicidal decisions you made in 1967. The Igbo’s are always carried away by little success to the extent that forget that no amount of wealth that any Igbo man or all Igbos put to together can acquire, the yoruba’s have acquired multiples of it several generations back.

There is always a big deal for an Igbo man and he brags immediately about his little success rather than consolidate. LASG attention has been drawn to your claims and we shall see who has right to grant Title or revoke Title to those properties you claim to own. If your claim is true, you need not approach the state for your title, you should equally be claiming Ancestral Ownership under the Yoruba Native Law and Customs as if your fore fathers farmed or fished on certain parts of land in Yoruba Land, infact you can even litigate on your ancestral lands in Yoruba Land.

The Questions this brings to fore is, what happens to your Villages in Anambra, Onitsha, Owerri, Imo, Enugu, Ebonyi etc. ? ? ? Will your fore fathers ever forgive you for neglecting them and their graves to claim Ancestral Heir to another man’s land ? Why can’t the Igbo with its resourcefulness turn an Igbo City into the Port Harcourt of South South, or an Abuja/Kano of Northern Nigeria. Why are Igbo people scattered all over the nation like people with no root. If I where an Igbo, these are questions I would ask my fellow countrymen.

The truth is, should there be a Crisis again, lets face the fact and not brag, Igbo will lose out again, even bigger than the 60′s. Even though there might be casualities from both sides, both Igbo will loose more, because there is nothing to fall back at home.

Governor Fashola deported and removed destitutes who are native from all parts of Nigeria, LASG will do it again and again, there is nothing Igbo can do about it, so also Governors and people from other regions too. On a finally note, Yoruba Land SouthWest do not need the Minorities, Minorities need South West/Yoruba land. If these minorities can no adapt and be ready to live within the dictates of the SouthWest, they are free to return to their native land, where they are also free to do whatever they like.

I believe the Igbo should be wiser by now, no matter how long you live in another man’s land you will always be a stranger. The Jews own American Finance, they dare not claim New York from Native Americans, the Scottish dare not claim London from English People, so also English Can not lay claim to Edinburg.

Igbo make una use una brain…develop your land as a fall back.
[Article by Ogun Korobiti]