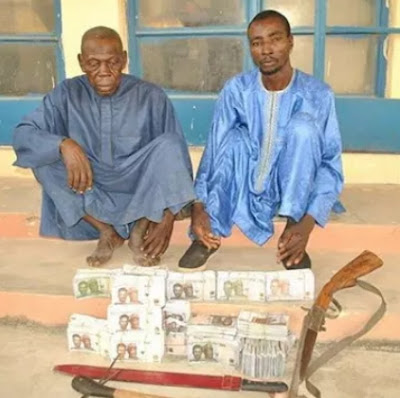 The suspects, Adamu Abdulkarim, 70 and Auta Umar, 50 were arrested at the old abattoir area in Suleja town last weekend. State Police Command Public Relations Officer, ASP Mohammed Abubakar, said a Dane gun, machete, and axe were recovered from the residence of the suspects.

ASP Abubakar said the suspects were trailed to their house by detectives where the fake N8 million currency notes were discovered, adding that further investigation showed that the duo had been in the business for a long time.

The Police alleged that suspects are part of a syndicate who specializes in the circulation of fake currency notes, adding that the police is on the trail of the other members of the syndicate.